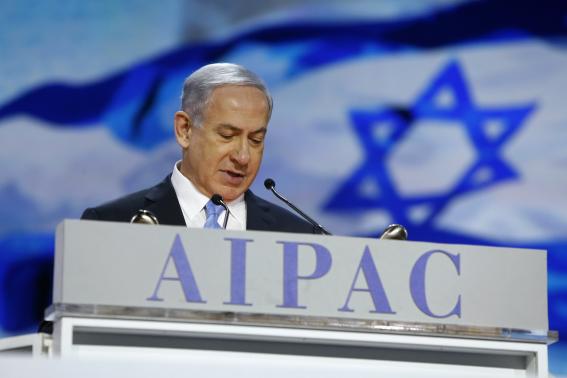 (Reuters) – President Barack Obama and Benjamin Netanyahu clashed over Iran nuclear diplomacy on Monday on the eve of the Israeli prime minister’s hotly disputed address to Congress, underscoring the severity of U.S.-Israeli strains over the issue.

Even as the two leaders professed their commitment to a strong partnership and sought to play down the diplomatic row, they delivered dueling messages – Netanyahu in a speech to pro-Israeli supporters and Obama in an interview with Reuters – that hammered home their differences on Iran’s nuclear ambitions.

Neither gave any ground ahead of Netanyahu’s speech to Congress on Tuesday when he plans to detail his objections to ongoing talks between Iran and world powers that he says will inevitably allow Tehran to become a nuclear-armed state.

Netanyahu opened his high-profile visit to Washington on Monday with a stark warning to the Obama administration that the deal being negotiated with Tehran could threaten Israel’s survival, saying he had a “moral obligation” to sound the alarm about the dangers.

He insisted he meant no disrespect for Obama, with whom he has a history of testy encounters, and appreciated U.S. military and diplomatic support for Israel.

Just hours after Netanyahu’s speech to AIPAC, the largest U.S. pro-Israel lobby, Obama told Reuters that Iran should commit to a verifiable freeze of at least 10 years on its most sensitive nuclear activity for a landmark atomic deal to be reached. But with negotiators facing an end-of-March deadline for a framework accord, he said the odds were still against sealing a final agreement.

The Reuters interview gave Obama a chance to try to preemptively blunt the impact of Netanyahu’s closely watched address to Congress.

Previewing his coming appearance on Capitol Hill, Netanyahu told a cheering audience at the annual conference of the American Israel Public Affairs Committee (AIPAC): “As prime minister of Israel, I have a moral obligation to speak up in the face of these dangers while there’s still time to avert them.”

At the same time, Netanyahu said the relationship between his country and the United States was “stronger than ever” and not in crisis.

Obama also sought to lower the temperature by describing Netanyahu’s planned speech to Congress as a distraction that would not be “permanently destructive” to U.S.-Israeli ties and by saying the rift was not personal.

Obama refused to meet Netanyahu during the visit, on the grounds that doing so could be seen as interference on the cusp of Israel’s March 17 elections when the prime minister is seeking re-election against a tough center-left challenger. On Monday, the president said he would be willing to meet Netanyahu if the Israeli leader wins re-election.

But he said Netanyahu’s U.S. visit gave the impression of “politicizing” the two countries’ normally close partnership and of going outside the normal channels of U.S. foreign policy in which the president holds greatest sway. Netanyahu’s planned speech has driven a wedge between Israel and congressional Democrats. Forty two of them plan to boycott the address, according to The Hill, a political newspaper.

Netanyahu, who was given rousing bipartisan welcomes in his two previous addresses to Congress, is expected to press U.S. lawmakers to block a deal with Iran that he contends would endanger Israel’s existence but which Obama’s aides believe could be a signature foreign policy achievement.

The invitation to Netanyahu was orchestrated by Republican congressional leaders with the Israeli ambassador without advance word to the White House, a breach of protocol that infuriated the Obama administration and the president’s fellow Democrats.

The partisan nature of this dispute has turned it into the worst rift in decades between the United States and Israel, which normally navigates carefully between Republicans and Democrats in Washington.

Netanyahu wants Iran to be completely barred from enriching uranium, which puts him at odds with Obama’s view that a deal should allow Tehran to engage in limited enrichment for peaceful purposes but under close international inspection.

Obama said a final deal must create a one-year “breakout period” for Iran, which means it would take at least a year for Tehran to get a nuclear weapon if it decides to develop one, thereby giving time for military action to prevent it.

Netanyahu has said such a deal would allow Iran to become a “threshold” nuclear weapons state, that it would inevitably cheat on any agreement and that the lifting of nuclear restrictions in as little of 10 years would be an untenable risk to Israel. He has hinted at the prospect for Israeli military strikes on Iranian nuclear facilities as a last resort, though he made no such threat in his AIPAC speech on Monday.