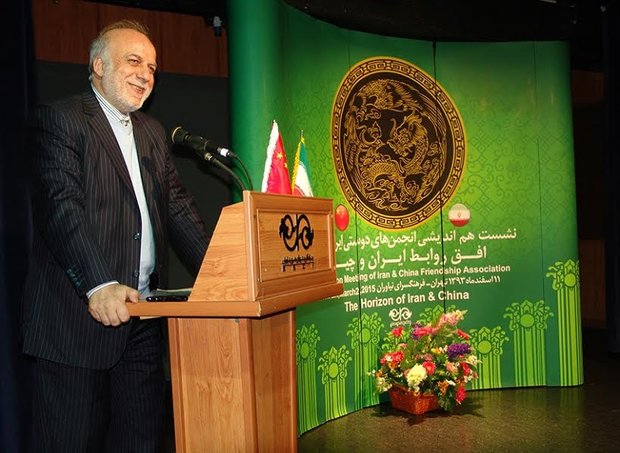 TEHRAN, Mar. 03 (MNA) – Deputy FM for Asia-Pacific affairs expressed hope that Iran-China strategic document would be signed during the next visit of Chinese President to Iran.

Ebrahim Rahimpour made these remarks in conference of Iran-China Friendship Association, which was attended by Chinese ambassador to Tehran.

Deputy FM described China and Russia as two great contemporary partners and supporters of Iran’s foreign policy and asserted that “regardless of negotiations and its result China is and will remain our reliable partner.”

Rahimpour, pointing to long history of Iran-China relations, said “our ties date back to Silk Road era and our ties are expanding increasingly and progressively in every dimension.”

“Iran is China’s greatest commercial partner and we will try to facilitate the cooperation more,” he added.

Rahimpour, meanwhile expressed hope that Iran-China strategic document would be signed during the next visit of Chinese President to Iran.

Pang Sen, Chinese official, while expressing pleasure of participating in the event, emphasized the long-lasting Iran-China ties and its strategic dimension, adding that “reinforcement of ties not only would benefit the two countries, but will help the stability and security of region and the world.”

Describing Tehran- Beijing relations as excellent, the ambassador asserted that bilateral ties in fields of culture, economy, and health are satisfying and represent the closeness and friendship of both countries.

Regarding nuclear talks between Iran and 5+1, Sen noted Chinese government’s fair and impartial stance and asserted that China is ready to help the process to achieve an inclusive final deal.

He emphasized the reinforcement of relations and congratulated Iranians on their new year, Nowruz.

Ebrahim Rahimpour, Iran-China ties, Iran’s Deputy Foreign Minister for Asia and Oceania, Quoted March 3, 2015
A look at Iranian newspaper front pages on March 3
‘If I was Iran, I would build the bomb’: Media mogul Kim Dotcom speaks out on nukes