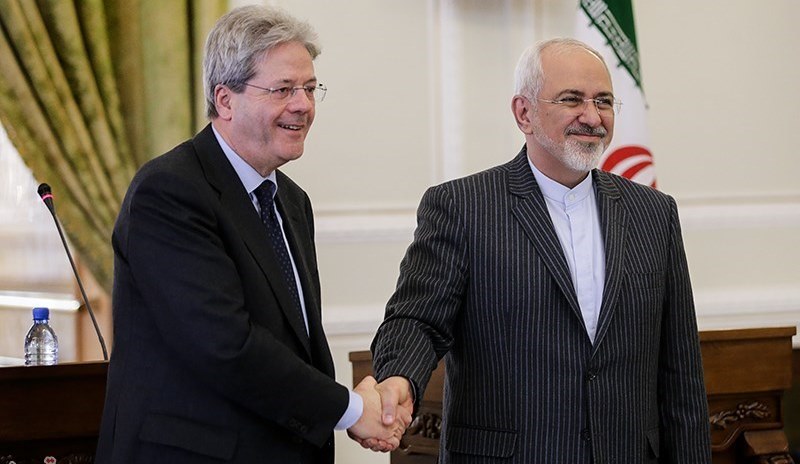 “We hope that (our) trade and economic cooperation with Italy will improve after easing sanctions,” he said in a press conference with his Italian counterpart Paolo Gentiloni here in Tehran on Saturday.

He referred to recent nuclear talks between Iran and the five permanent members of the UN Security Council plus Germany, and said, “There was serious progress in the talks last week. We hope, we can make progress in other issues, especially in lifting sanctions.”

“In that case, we will convert it (the agreement) into a comprehensive and precise agreement. This is our operational plan for reaching an agreement.”

He said that nuclear talks entered into ‘sensitive level’, adding the two sides made progress in technical domains, but there are still disagreements on other nuclear fields and sanctions.

Zarif continued that the US and other countries should come to understand that sanctions do not solve problems, but make problems instead.