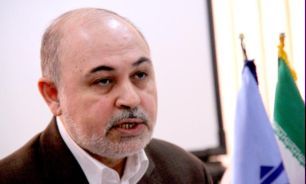 TEHRAN (Tasnim) – An Iranian official expected that the official coming into service of the country’s oceangoing vessel would occur in spring or summer, noting that construction of the ship is currently 91 percent complete.

An official ceremony to unveil the oceangoing ship is to be held when it operationally joins the country’s fleet of vessels, Head of the Iranian National Institute of Oceanography and Atmospheric Sciences Vahid Chegini told Tasnim on Saturday.

He said the ship will be set afloat several times for mechanical tests before it finally comes into service.

Iran Ship Building and Offshore Industries Complex Co. (ISOICO) produced the country’s first oceangoing ship named “Iran-Arak”.  It was launched in 2009. It weighs over 7000 tons and is able to carry over 30,000 tons of cargo or 2,200 TEU.

The second home-made oceangoing cargo ship, named “Iran Shahr-E-Kord”, was also tested successfully in May 2014. With a length of 187 meters and a width of 30 meters, the ship has the capacity  to carry 2,200 containers.