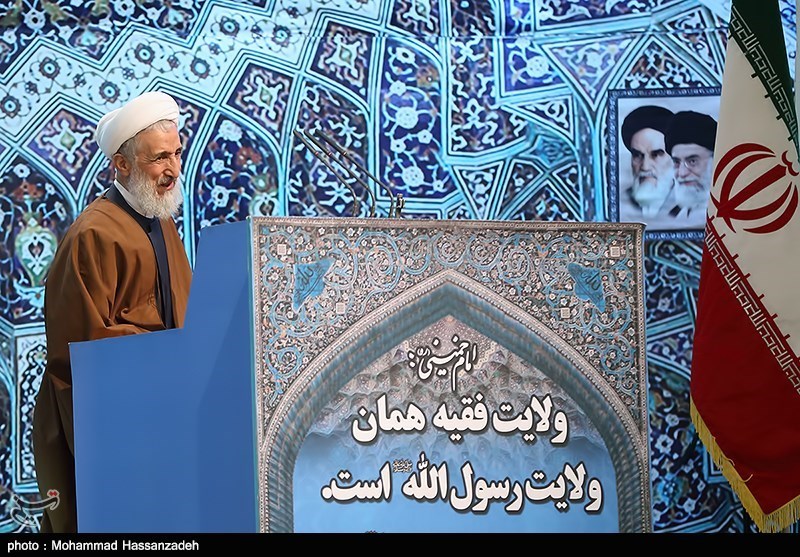 Iran to decide on own needs for nuclear fuel: Cleric

TEHRAN (Tasnim) – Foreigners have no right to place limitations on Iran’s peaceful nuclear activities, a top Iranian cleric stressed, noting that the country will independently define its enrichment needs.

Addressing worshippers during Friday prayers in Tehran, Ayatollah Kazem Seddiqi said other countries have no right to determine how much nuclear fuel Iran might require.

Given Iran’s progress and position, he added, there is now a national demand for safeguarding the country’s nuclear achievements, including uranium enrichment at the discretion of the local experts.

Pointing to the nuclear negotiations between Iran and the Group 5+1 (Russia, China, the US, Britain, France and Germany), Ayatollah Seddiqi insisted that the talks should not drag on for years, like what happened in the futile talks between Palestine and Israel.

The cleric also made it clear that any deal on Tehran’s peaceful nuclear program should be signed at a single stage and the generalities and details should be agreed upon at once.

Iran and the Group 5+1 (also known as P5+1 and E3+3) are in talks to hammer out a final agreement to end more than a decade of impasse over Tehran’s nuclear energy program.

And in recent comments this month, Ayatollah Khamenei affirmed that any nuclear deal should be implementable, stressing that “no deal will be better than a bad one,” including a two-stage agreement.

The Leader expressed opposition to the idea of a two-phased nuclear deal, which entails consensus on the generalities at first and requires agreement on details at a later time.