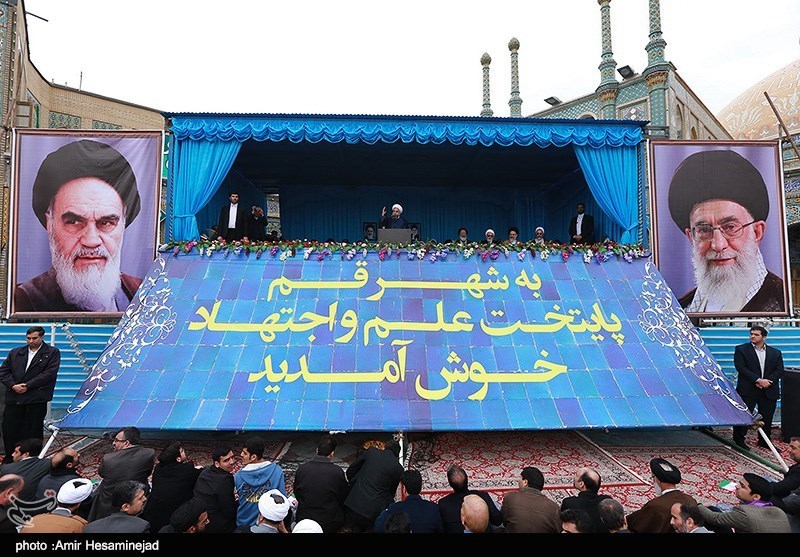 (Reuters) – Iranian President Hassan Rouhani visited the holy city of Qom on Wednesday to appeal to its clergy, religious students and lay people to back his efforts to strike a deal with major powers over the country’s disputed nuclear program.

Iran is in the middle of sensitive negotiations with the United States, Russia, China, Britain,France and Germany about its nuclear program. The major powers suspect Iran may be trying to build a nuclear weapons capability, a charge Iranian officials have repeatedly denied.

Supreme Leader Ayatollah Ali Khamenei, the highest religious and political authority inIran who is perceived by many as a hardliner, has given reserved support to the negotiations, but he remains distrustful of Western intentions and has expressed doubts that any outcome could be favorable for Iran.

The senior clergy of Qom, a center of religious authority in the Islamic Republic, has long played a key role in Iranian politics, shaping public opinion and mobilizing the population, and some hardline figures among them still need convincing.

Rouhani’s speech could be an attempt to tamp down their criticism before the deadline for the outlines of an agreement expires at the end of March. The next round of talks is expected to start on March 2 in Geneva.

Like Khamenei, these critics in Qom of the moderate Rouhani question the motives of the major powers involved. They are also deeply resentful of Western sanctions imposed on Iranover its nuclear program and accuse the West of fomenting unrest in Iran after disputed presidential elections in 2009.

The sanctions, widely blamed for weakening Iran’s currency and shrinking its economy, have shut the country out of the global banking system, battered its trade and lost it billions of dollars in oil revenue.

“In the negotiations, we will not accept imposition, humiliation and the continuation of sanctions,” Rouhani said, according to Fars News.

But Rouhani also said there would be no tolerance of those who try to impair the government’s efforts.

“We will always respect critics and we tell them, just like supporters, that they have received government protection and will continue to do so,” Rouhani said. “But subversion has no place in this country.”

While Rouhani did not elaborate, he appeared to be referring to hardline critics of the nuclear talks who have repeatedly expressed doubts that Rouhani’s negotiators can strike a deal with Western powers that is acceptable to Tehran.

Last month Rouhani accused such critics of in effect ‘cheering on’ the other side in Tehran’s talks with world powers.