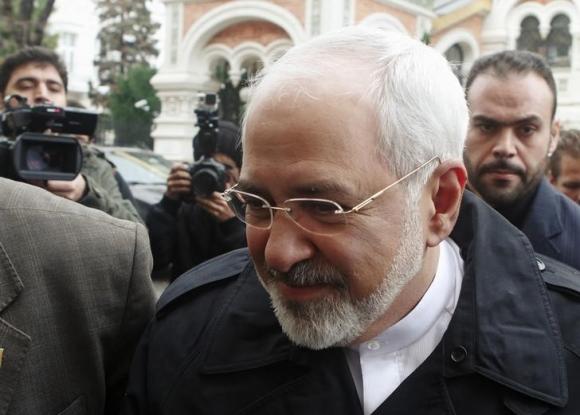 Zarif: New round of nuclear talks will be held next week

Iran’s Foreign Minister Mohammad Javad Zarif tells reporters in Geneva that the next round of nuclear talks between Iranian negotiators and representatives of the P5+1 group of countries will be held on the sidelines of the UN Human Rights Council in the Swiss city, next week.

“Over the past three days, we had serious, useful and constructive talks with the P5+1 countries, particularly the American side, that attended the negotiations with its Secretary of State [John Kerry] and Energy Secretary [Ernest Moniz],” Zarif told reporters in Geneva on Monday, after the end of the third round of nuclear talks.

He added that the parties involved in the negotiations succeeded in making “some progress” on certain issues “but we have a long way ahead to reach a final agreement.”

Zarif also ruled out agreement on individual topics as long as an overarching agreement is not reached on all issues.

“Certainly, as long as an agreement is not reached on all issues, there will be no agreement on individual topics,” he emphasized.

“Therefore, the negotiations will continue and we decided to go on with [nuclear] talks once again next week on the sidelines of the UN Human Rights Council,” Zarif pointed out.

He also thanked head of the Atomic Energy Organization of Iran (AEOI), Ali Akbar Salehi, for his “effective presence” in this round of talks in Geneva.

After leaving Geneva, Zarif is due to arrive in the Iraqi capital, Baghdad, tonight in order to meet and confer with the country’s Prime Minister Haider al-Abadi and Foreign Minister Ibrahim al-Jaafari.

Nuclear talks between representatives from Iran and the United States started on Sunday in Geneva and the two sides held three rounds of nuclear talks in two days in an attempt to narrow differences ahead of a key July 1 deadline for reaching a comprehensive deal.

The AEOI head and the US energy secretary were also present in the talks while they also held separate bilateral meetings.

The Geneva talks were part of attempts by Tehran and the  P5+1 countries  – Britain, France, China, Russia, and the United States plus Germany – to narrow their differences on the outstanding issues related to Iran’s nuclear program. The two sides have missed two deadlines since an interim deal was signed in November 2013. They have set July 1 as the next deadline for the talks.

Addressing a ministerial meeting of the Non-Aligned Movement (NAM) in Tehran, President Rouhani said no one can claim Tehran’s nuclear program has a non-peaceful nature.

He also on Monday dismissed as a “big lie” Western allegations that the country has been pursuing a secret nuclear program, saying Tehran has shown the transparency of its peaceful nuclear work to the world.

“We first turned to Europeans to get the [uranium enrichment] technology; If we wanted to conceal [our activities] we wouldn’t raise these issues with a Western country,” Rouhani said.

In its latest report on Thursday, the International Atomic Energy Agency (IAEA) said Iran has lived up to its obligations to limit certain aspects of its nuclear program under the interim nuclear deal it signed with the P5+1 countries in the Swiss city of Geneva in November 2013.

The IAEA report also highlighted that Iran has stopped enrichment in the IR-5 centrifuge located at the Natanz nuclear facility.

The report, however, said Tehran has not addressed all the questions the agency has raised regarding the country’s nuclear program.