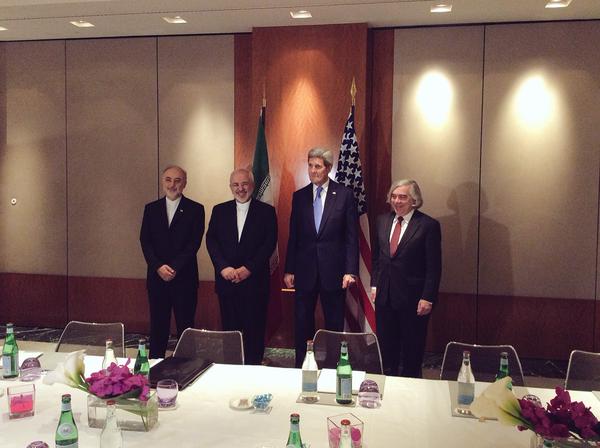 TEHRAN (FNA)- Senior negotiators from Iran and the Group 5+1 (the US, Russia, China, Britain and France plus Germany) of powers are likely to hold their next round of nuclear talks next week.

An informed source close to the Iranian team of negotiators told FNA on Monday that the exact date and venue of the next round of the negotiations has not been decided yet, but the seven nations are likely to convene next week.

Meantime, Iranian Deputy Foreign Minister Seyed Abbas Araqchi cautioned earlier today that Tehran will leave the negotiating table with the world powers if the other side adopts a bullying approach in the negotiations.

“We will continue the negotiations as long as there is a language of respect…, but we will surely leave the table if this (bullying) approach is extended to the negotiating table,” Araqchi, also a senior negotiator in talks with the world powers, said on Monday.

Araqchi’s remarks came after US Secretary of State John Kerry said that Washington would leave the talks, if Tehran did not take a “productive” decision to prove the “peaceful” nature of its nuclear program.

“Kerry’s statements about the nuclear talks were repetition of (US President Barack) Obama’s last week statements and these remarks have always been repeated and we believe that they do not influence the negotiations,” the Iranian deputy foreign minister added.

He reiterated that the Iran-Group 5+1 talks (the US, Russia, China, France and Britain plus Germany) should be based on the two sides’ interests and proceed with a win-win solution, and said, “Both the US and other G5+1 members have experienced that political and media pressures will never make the Islamic Republic of Iran change its methods, demands and stances in the negotiations.”

Araqchi reiterated that Iran will continue negotiations with the G5+1 as long as there is mutual respect, but it will otherwise leave the negotiating table.

He pointed to the third day of negotiations in Geneva on Sunday, and said, “Summing up the discussions, we cannot claim that progress has been made in the talks, we still have differences, but the negotiating sides are seriously and resolutely following up the negotiations to reach a solution although they have not achieved comprehensive solutions over key issues.”

On Saturday, Kerry said that US President Barack Obama “is fully prepared to stop these talks if he feels that they’re not being met with the kind of productive decision-making necessary to prove that a program is in fact peaceful”.

His remarks came after Iranian Foreign Minister Mohammad Javad Zarif underlined the country’s determination to clinch a fair deal with the six major world powers, but meantime, said Tehran would not accept the West’s excessive demands in the nuclear talks.

Speaking in the Swiss city of Geneva on Saturday, Zarif said Tehran would not approve of an “incomplete and vague” nuclear accord, but rather a “complete agreement”.

“No other deal will be made before a complete agreement is clinched,” said the top Iranian diplomat.

Zarif also referred to the discussions made by the Iranian and American deputy foreign ministers in Geneva on Friday, and said, “The deputies had good discussions, but no particular agreement has been made on the issues (at hand).”