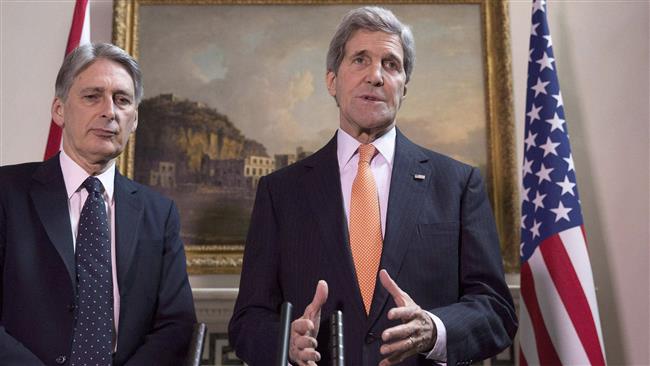 London (AFP) – Members of the P5+1 group are united in attempts to broker a deal with Iran over its nuclear programme, US Secretary of State John Kerry said Saturday.

“There is absolutely no divergence whatsoever in what we believe is necessary for Iran to prove that its nuclear program is going to be peaceful,” Kerry said before talks with British Foreign Secretary Philip Hammond in London.

“The P5+1 remains united on the subject of Iran.”

Kerry will fly to Geneva on Sunday for talks with Iranian Foreign Minister Mohammad Javad Zarif.

Iran and the P5+1 group of Britain, China, France, Russia, the United States and Germany are trying to strike a deal that would prevent Tehran from developing a nuclear bomb, a goal it denies having, in return for an easing of punishing economic sanctions.

The talks aim to “continue to make progress” ahead of a March deadline for a deal, added State Department spokeswoman Jen Psaki.