Iran gas delegation due in Iraq 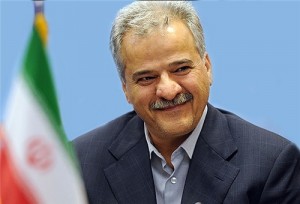 TEHRAN Feb 21(Shana)–An Iranian delegation is scheduled to travel to Iraq next week to discuss details of Iran’s gas exports to Baghdad and Basra, the head of National Iranian Gas Exports Company said.

“The visit by Iranian delegation is to be done to discuss how to implement the contract for gas exports to Baghdad as of next calendar year,” Ali-Reza Kameli said. Iran’s calendar year starts on March 21.

He said that the Iranian delegates would discuss security challenges which have emerged following the terrorist Islamic State of Iraq and the Levant (ISIL) group’s attacks on gas facilities near Baghdad.

Kameli said the contract for gas exports to Basra is also to be finalized.

He said that Iran will start pumping 5 mcm/d of gas to Basra and will raise it to 30 mcm/d.