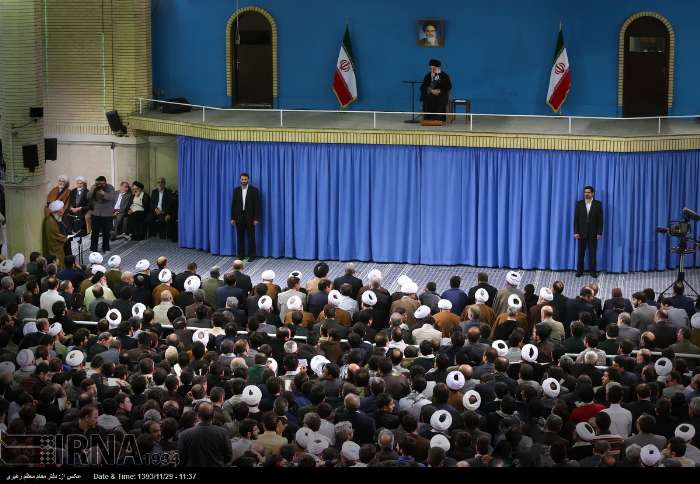 Leader of the Islamic Revolution Ayatollah Seyyed Ali Khamenei says Iran can stand up to sanctions against the country and foil enemy’s plots.

“Serious work should be done. We can resist sanctions and keep the enemy from achieving its objectives,” Ayatollah Khamenei said during an address to thousands of people in Tehran on Wednesday.

The Leader said that if Iran does not resist sanctions, the enemy will set conditions for Tehran’s nuclear program and put bans on the country.

The Leader said that the enemy is taking maximum advantage of sanctions as a tool to stop Iran’s progress.

“If sanctions are to be used [as a tool], the Iranian nation will put sanctions on them in the future. Iran has the world’s largest total reserves of oil and [natural] gas, the gas that the world and Europe are in need of. Iran can impose sanctions on them (Western countries) if necessary,” the Leader said.

Ayatollah Khamenei noted that the West will not lift sanctions against Iran even if nuclear talks proceed as they dictate, because they are opposed to the Islamic Revolution in principle.

The Leader also underlined the need to cut independence on oil revenues and stressed that Iran should wean the country’s economy off oil and increase domestic production instead.