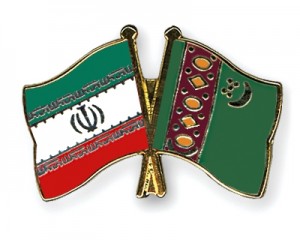 Minister of Foreign Affairs of Turkmenistan Rashid Meredov told Iranian Deputy Foreign Minister Hassan Qashqavi, during a meeting in Ashgabat, that the Iranian prisoners will return to Iran within the next few days.

The Iranian deputy foreign minister, for his part, hailed Ashgabat measures as ‘constructive’.

Referring to signing an agreement on extradition of prisoners between the two countries on the sidelines of the 11th session of Iran-Turkmenistan Joint Consular and Border Cooperation Commission on Tuesday, Qashqavi expressed hope that in an upcoming visit to Ashgabat by President Hassan Rouhani, the agreement would become finalized.

Following consultations between Iranian and Turkmen officials, over 50 Iranian nationals being held in Turkmen prisons have been released so far and Iran, in return, has allowed three Turkmen nationals jailed in Iran to serve their prison terms in their own country.

Some 250 Iranians are being held in Turkmenistan’s prisons, while 11 Turkmen nationals are imprisoned in Iran.