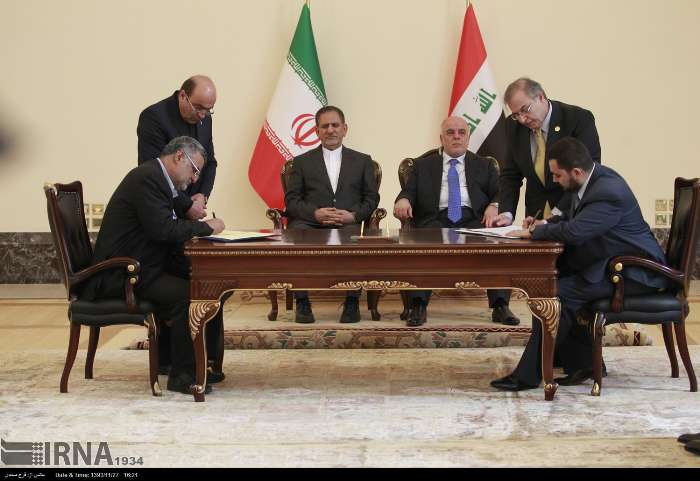 TEHRAN (Tasnim) – Iran and Iraq have agreed to cooperate to counter the growing menace of dust particles at the areas along the shared border.

In a meeting attended by Iranian First Vice-President Eshaq Jahangiri and Iraqi Prime Minister Haider al-Abadi in Baghdad on Monday, high-ranking officials from the two countries signed a memorandum of understanding (MoU), in a bid to settle the problem of heavy air pollution caused by dust particles.

In an Iranian cabinet meeting earlier on Sunday, the health ministry and the Environmental Protection Organization voiced concerns over the phenomenon of dust particles in the southwestern province of Khuzestan and some other parts of the country.

During the meeting, it was agreed that necessary measures would be taken to prevent air pollution in the areas, including desert greening and reviving wetlands in the arid regions.

Iranian residents in the western and southwestern provinces have been faced in recent years with a growing trend in the influx of fine particles, which are generated by drought-hit marshlands in neighboring countries.