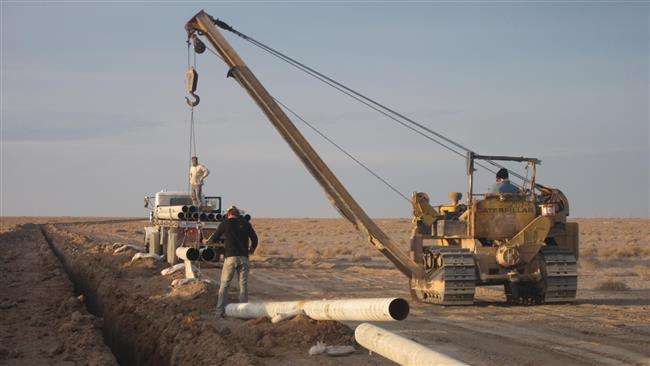 According to an official with National Iranian Gas Company, three nationwide pipeline projects will start next Iranian calendar year (starting on March 21st, 2015).

The construction of these pipelines coupled by the development of the phases of South Pars gas field will increase gas production capacity, NIGC Planning Director Hassan Montazer Torbati was quoted by Jahan-e-Sanat daily as saying.

Iran has recently proposed to transfer natural gas from Azerbaijan and Turkmenistan to Europe.

“We propose that gas be transferred from Azerbaijan and Turkmenistan to Iran and then be exported from there to Europe through Turkey. This is the most economical and cost-effective way of transferring gas to Europe” IRNA News Agency quoted Azizollah Ramezani, the international affairs director of National Iranian Gas Company (NIGC) as saying back in January.

The NIGC official also highlighted the regional countries’ capacities for exporting natural gas to Europe, saying the Islamic republic is reviewing the proposed plans in this regard.

The European countries have sought alternative gas supplies to cut dependence on Russian gas exports amid rising tensions with Moscow over the crisis in Ukraine.