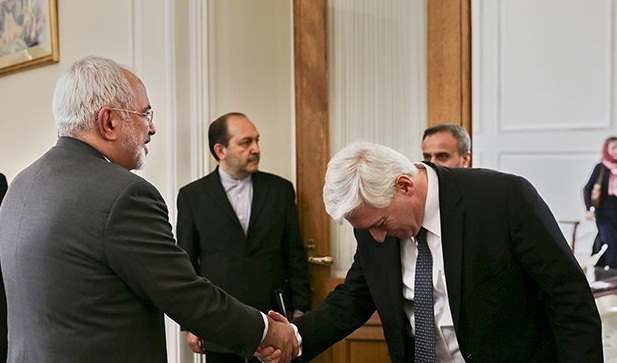 He made the remarks in a meeting with Secretary-General of Norway Foreign Ministry Wegger Strommen in Tehran.

Wegger Strommen is currently on a visit to Tehran to attend the fifth round of political talks with the Islamic Republic of Iran.

The Norway envoy expressed pleasure with extensive talks with his Iranian counterpart on issues of mutual interests, regional and international issues and underlined that Oslo is determined to broaden mutual cooperation with the Islamic Republic of Iran.

The Islamic Republic of Iran is among most significant countries in the Middle East region who plays leading role in restoration of stability and tranquility in the region, he said.

He expressed the hope that nuclear talks between Iran and G5+1 would bear fruits as soon as possible and all international and unilateral sanctions against Iran would be lifted.