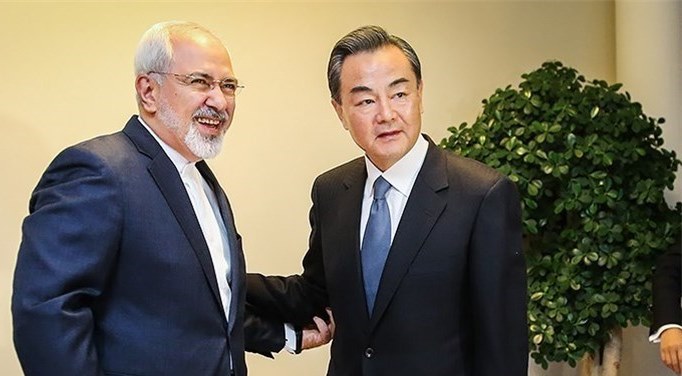 “Given the political will (of the two sides), we are confident that the ground is prepared for reaching a comprehensive solution (to Iran’s nuclear issue) in the near future,” Zarif said in a joint press conference with his Chinese counterpart, Wang Yi, in Tehran on Sunday.

He also pointed to his meeting with the Chinese foreign minister earlier on Sunday, saying that ways to promote bilateral ties and international issues as well as the nuclear negotiations between Iran and the Group 5+1 (the five permanent UN Security Council members plus Germany) were discussed in the meeting.

“We had a detailed discussion over the nuclear talks between Iran and Group 5+1 and we are very hopeful about China’s role in reaching a good solution,” Zarif said.

Iran and the Group 5+1 (also known as the P5+1 or E3+3) have been in talks to hammer out a final agreement to end more than a decade of impasse over Tehran’s nuclear energy program.

In November 2013, Iran and the six powers signed an interim deal –the Joint Plan of Action- in Geneva that took effect on January 20, 2014 and expired six months later. They later extended the deal until November 24, 2014.

After failing to hammer out a lasting accord by the self-imposed November 24 deadline, the parties once again decided to extend the deadline more seven for months.