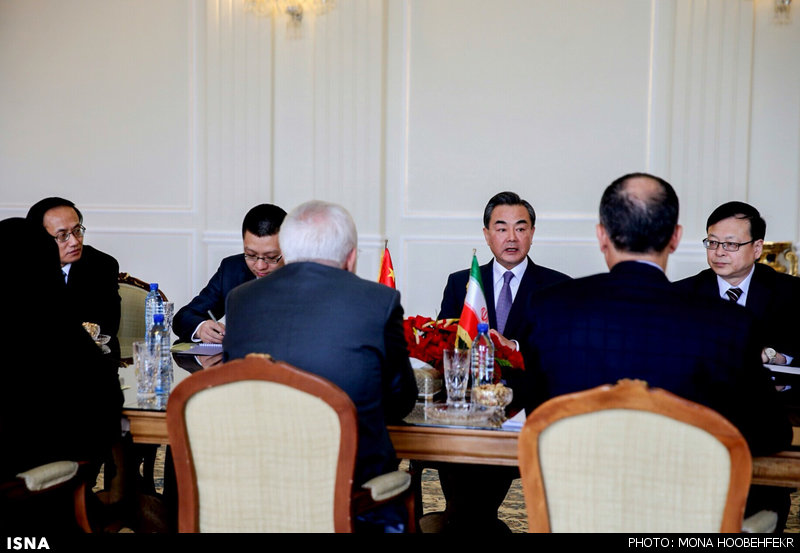 Wang Yi arrived in Tehran on Saturday night at the top of a delegation and would meet with Iranian President Hassan Rouhani and Foreign Minister Mohamad Javad Zarif to explore different issues, including nuclear talks between Iran and the G5+1.

He is scheduled to visit the central city of Isfahan during his three-day visit.

In August, Iranian Parliament Speaker Ali Larijani and Chinese Ambassador to Tehran Pang Sen called for the further consolidation of economic ties between Qom Province in Central Iran and Gansu Province in the Northwestern parts of China.

Speaking to reporters on the sidelines of an exhibition on investment, agriculture and industrial capacities of Gansu province held in Qom on August 10-11, the two sides underlined the need for utilization of economic capacities and capabilities of the two countries and seizing the opportunity for development of trade relations,

“I hope that by establishing interaction between businessmen and industrialist of Iran and China, specially in Qom and Gansu provinces, the two countries would develop sustainable relations in different areas,” Larijani said.

“The future of trade and economic relations between the two provinces of Qom and Gansu would be bright and promising,” Pang said.