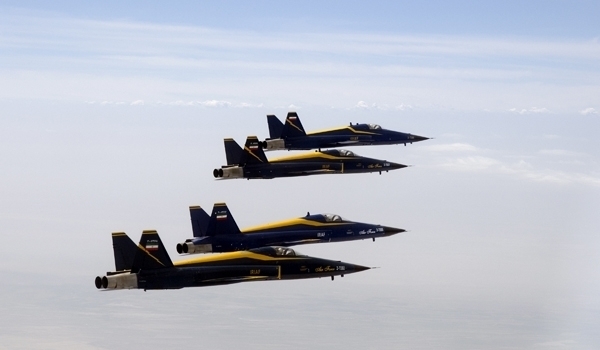 TEHRAN (FNA)- A senior Iranian Air Force commander announced on Sunday that the country is planning to build a new high-tech combat aircraft capable of tracing US and Israeli modern and stealth planes.

“… we will manufacture an aircraft on Saeqeh platform which will be equipped with Fourth generation (and even higher) avionics …,” Commander of Air Force’s Owj Complex Colonel Houshang Monfaredzadeh said in an exclusive interview with FNA on Sunday.

He reiterated that Iran is reaching a level of expertise that it will soon be able to manufacture a totally different aircraft in terms of electronic, radar and avionic systems as well as weaponry equipment.

Asked why Saeqeh platform is used for developing new planes, Colonel Monfaredzadeh said, “In all parts of the world it is the same and they choose the platform of one of their aircraft (for developing others) and we have also selected Saeqeh for this purpose …”

In September 2010, Iran displayed the first squadron of its Saeqeh fighters in an air show staged during the military parades at the beginning of the Week of Sacred Defense, marking Iranians’ sacrifices during the 8 years of Iraqi imposed war on Iran in 1980s.

Lieutenant Commander of the Iranian Air Force Brigadier General Alireza Barkhor announced in February that the new model of Iran’s home-made Saeqeh jet fighter would be unveiled in the future.

Also in the same month, Iranian Air Force Commander Brigadier General Hassan Shah Safi announced that his forces had focused all their power and energy on building fighter jets as they believed that future wars were fought and won in the sky.

“It is obvious that future wars will be in the sky with massive air and missile raids; therefore, the Air Force has adopted a new approach and focused all its internal power on building fighter jets in a self-driven, but organized way,” Shah Safi said, addressing foreign states’ military attachés in Iran.

He said that the Iranian Air Force’s efforts had resulted in the building of Saeqeh fighter jets.

Yet, the Air Force commander reiterated the defensive doctrine of the Islamic Republic, saying Tehran had the narrowest military budget among the regional countries.