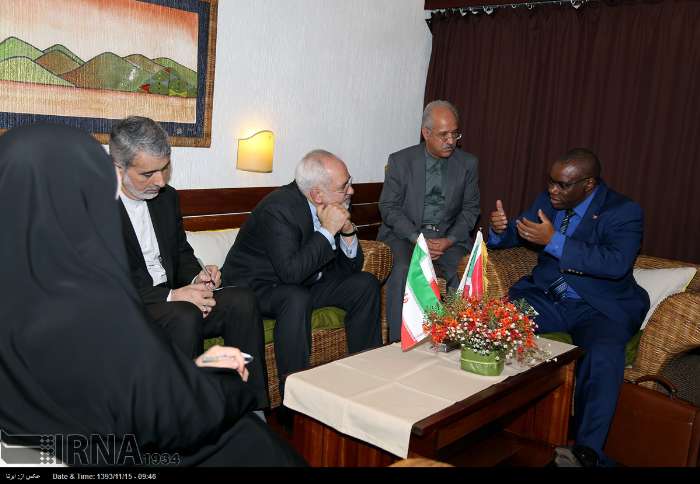 Iran ready to work with friends in anti-terror campaign: Zarif

Iranian Foreign Minister Mohammad Javad Zarif says the Islamic Republic is ready to work with its friends in countering terrorism.

“The Islamic Republic of Iran is ready to cooperate with friendly countries in fighting terrorism and violence,” Zarif told his Burundian counterpart Laurent Kavakure in Bujumbura on Tuesday night.

Zarif also expressed hope that relations between Tehran and Bujumbura will further expand, particularly on the economic front.

Kavakure, for his part, pointed to the growing activities of terrorist groups in Africa and underlined the need for collective cooperation to combat terrorism.

Zarif, who is on a tour of Africa, also attended a dinner banquet in Bujumbura on Tuesday night, during which he said Iran which holds the rotating presidency of the Non-Aligned Movement (NAM) stands ready to seriously pursue  the formation of an international coalition against violence and extremism as proposed by Iranian President Hassan Rouhani.

Boko Haram, whose name means “Western education is forbidden,” controls large parts of northeastern Nigeria. Cameroon, Chad, Niger and Nigeria are the four African countries that have been directly affected by the growing threat of Boko Haram.

More than 13,000 people have been killed and over a million made homeless as a result of Boko Haram violence since 2009.