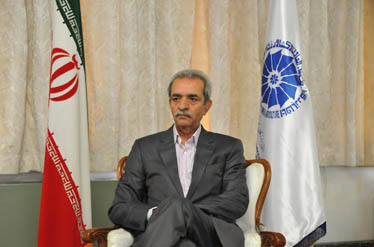 Iran and Russia, both facing international embargo, could raise the volume of their transactions should they opt for barter trade, a senior Iranian trade official says.

“If we focus on barter trade with Russia, the level of transactions between the two countries will increase,” Gholam-Hossein Shafei, head of Iran Chamber of Commerce, Industries, Mines and Agriculture, said.

He said that barter trade between Iran and Russia would clear the way for a higher level of exchanges between Tehran and Moscow, both slapped with US and European sanctions.

“As far as the expansion of commercial relations with Russia is concerned we can pursue our trade and economic activities without dependence on vehicle currencies,” said Shafei.

The trade turnover between Tehran and Moscow is expected to reach USD 2.5 billion in 2015, according to Russian officials.

Iran’s Ambassador to Russia Mehdi Sanaei recently said Iran and Russia are planning to create a joint account to settle their mutual payments in their own legal tenders.

Kamyab also said Iran is not using the dollar “in its transactions with different countries”, adding, “Iran is using other currencies like China’s yuan, Turkey’s lira, Russia’s rouble and South Korea’s won in its trade transactions with foreign countries.”

The US and the European Union (EU) have imposed an array of embargoes on Russian individuals and businesses over the crisis in Ukraine. They accuse Moscow of supporting anti-Kiev protesters in eastern and southern Ukraine. Russia denies the allegation.

The US and its European allies have also imposed sanctions against Iran over Tehran’s civilian nuclear activities.

Last September, Iran and Russia agreed to use their national currencies in bilateral trade.