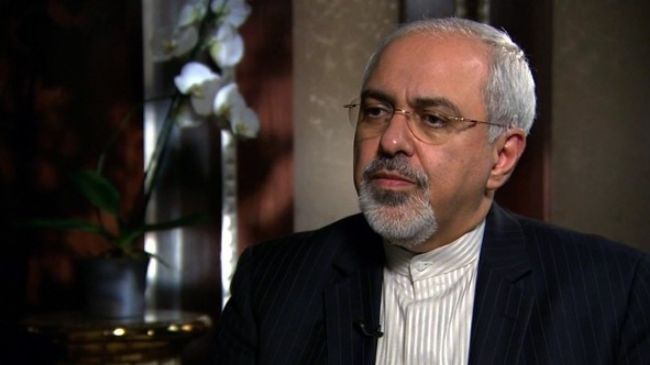 Zarif accepted an invitation to visit Kazakhstan, saying he will probably pay an official visit next spring.

The two diplomats discussed bilateral relations between Tehran and Astana in the political, cultural and economic fields.

In September 2013, Iranian President Hassan Rouhani and his Kazakh counterpart met on the sidelines of an SCO summit in the Kyrgyz capital city of Bishkek and underlined the two countries’ resolve to bolster bilateral relations in all fields.

Iran imports grain, oil products and metals from Kazakhstan. Iran is a partner in joint oil and gas projects including construction of a pipeline connecting Kazakhstan, Turkmenistan, and Iran (Persian Gulf) which will give Astana access to the Asian markets.

Kazakhstan and Iran are two of the five Caspian littoral states that also include Russia, the Republic of Azerbaijan and Turkmenistan.

By Tasnim News Agency
The Iran Project is not responsible for the content of quoted articles.