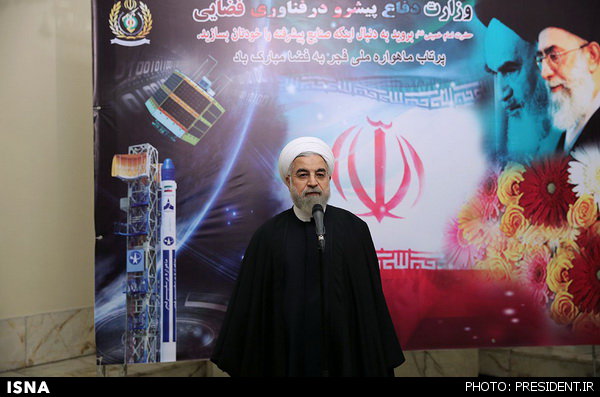 The president made the remarks in the countdown ceremony and launch of Iran’s fourth home-made satellite upon his order.

Fajr satellite was put into orbit on Monday on the second day of 10-day dawn celebrations to mark the victory anniversary of 1979 Islamic Revolution.

Rouhani appreciated efforts made by Iranian scientists and congratulated the Iranian nation on this great achievement.

The government is determined to make progress in the area of space science and technology, Rouhani said, expressing hope that Iranian scientists will take further steps on this path in coming years.