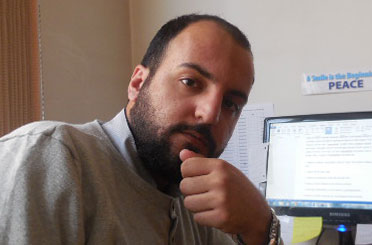 A Phobia of What?!

In the words of Sardar & Davies (2010) one of the most remarkable issues of our political world, has to do with Islam, Muslims and the Middle East. These issues are shaped by the universal war on terrorism, terror, the humanitarian and military scandal of Afghanistan, Iraq, as well as long lasting horrible situation of Palestine/Israel (Sardar & Davies, 2010); therefore, the recent events in Paris were definitely not supposed as the main reason for writing the significant letter from the Grand Ayatollah Khamenei; that was not the first and the last accident in which Muslims and Islam were the issue. The following paper considers and investigates the concept of ‘phobia’ and bad representation of Islam which is addressed in the Grand Ayatollah Khamenei’s letter to ‘the Youth in Europe and North America’

The blatant and noteworthy point is that though an Islamic cleric or leader has written this letter, there is not any comment or explanation regarding Islam itself in it. As a whole, the letter contains two parts: questions and requests; both of them are based upon the truth and unbiased mind. Additionally, as the writer intends to ‘directly talk to’, the effect(s) of it inevitably is/are direct. The reference of those questions and requests is “current interaction between Islam and the West”. Professor Ameli’s work, Bibliographical Discourse Analysis; The Western Academic Perspective on Islam, Muslims and Islamic Countries (2012) showed how the West has viewed Islam since the 7th century. He categorized five main discourses to show how the Western academic world has already represented and analyzed Muslim, Islam, and Islamic countries. Islamophilia, Islamoverita, Islamophobia, Neutral, and Islamoromia (Ameli, 2012). The concept of ‘phobia’ which is mentioned and referred in Grand Ayatollah Khamenei’s writing can be best articulated in explanations of Ameli’s abovementioned work. Among those main five approaches, Islamophobia and Islamoromia have the highest representation in the letter.

Unlike the common conviction, the growth of Islam did not inflame any ‘phobia’ amongst non-Muslims. The first warning was the prospect of non-Muslims’ accusations towards Muslims; they thought Muslims were unorthodox. Trust (2004) cited in Ameli (2012, p. 43), argues that aggression towards Muslims in the western societies is an inveterate theme within history; the 15th Century events in Spain, events during the Colonialism age and the Crusades, amongst many others. The anti-Muslims/Islam feelings or the fear of Islam is named ‘Islamophobia’. In spite of the supposed support of democracy by a range of societies and cultures, we saw a rise in Islamophobia during 20th Century. Regarding the experiences of several Muslims in the US.

The letter dramatically criticizes the representation of Islam in western media, and asserts that the ‘image that is presented to you as Islam’ is far away from the real Islam.

Ameli (2013) showed that the media has played its role in the America by promoting hate crimes against Muslims. The majority of the Muslims, who answered to the open questions in Ameli’s research about the whole content and approach of the US media toward Muslims, stated following propositions:

– Labels Muslims as terrorists and people believe it.

– Broadcasts the negative and display it as the religion.

– Completely destroys our image and puts us at the bottom of the social pyramid.

– Presents ‘Other Muslims,’ so it makes it easier to hate us.

– Uses words such as ‘Islamic Terrorist’ or ‘Extreme Islamist’. By showing that terrorists are only labeled terrorist if they are Muslim.

– Covers within titles such as ‘why they hate us’ and frequently portraying Muslims in angry demonstrations depict Muslims as backwards, angry, and anti-America.

– Both explicitly and implicitly makes it clear that is the agenda.

Undoubtedly, covering a true face of a religion by historians and scholars, whom the Grand Ayatollah Khamenei addressed, is not possible except by providing a phobic atmosphere regarding the followers of that religion. Love discusses that the term ‘Islamophobia’ actually means racialized opinions and a series of thoughts, practices and ideologies directed toward a group of people- Muslims. (Love 2009, 401-403) Islamophobia was primary used in the late 1980s. A number of Islamophobic approaches are:

1. Islam as a barbaric, unreasonable, primeval, bigot, and mediocre religion in the west,

3. Islam as a monumental, nonflexible and static bloc,

4. Islam as a belief, fanatical toward Western criticism,

5. Anti-Islam unfriendliness as an accepted or usual phenomenon.

6. Islam as a hostile, menacing, and encouraging terrorism division,

7. Anti-Islam resentment as a resource to rationalize bias practices towards Muslims and keeping out of Muslims from the typical society, and,

Though many of western/American politicians, administrators and critics tried their best in different media to show that they differentiate between terrorist and ferocious attacks that are ascribed to Islam and the real Islam, but the ideal Islam for them is something else.