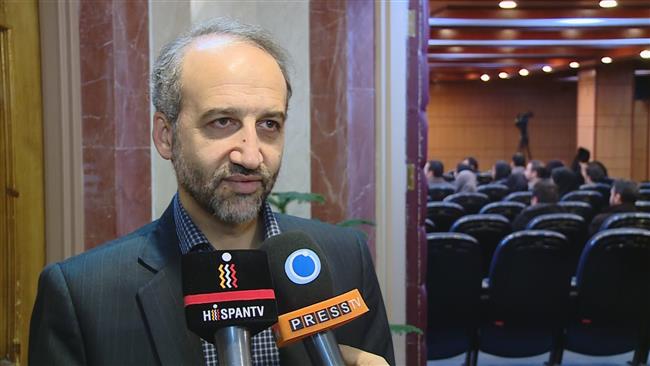 The head of the Islamic Republic of Iran Broadcasting (IRIB) says Iran’s international TV channels are presenting the true image of Islam, which is different from what is being preached by Saudi Arabia or the ISIL Takfiri group, Press TV reports.

“The Iranian international channels that have been launched in the past couple of years have created a new media atmosphere in the world,” said Mohammad Sarafraz on the sidelines of a Thursday ceremony marking the third anniversary of the launch of Iran’s Spanish-language TV channel Hispan TV.

“Today, we can promote the true image of Islam, a type of Islam which is not like what is preached by the Saudi Arabian government or the ISIL,” the IRIB chief said.

Sarafraz went on to say that the Iranian international TV channels are promoting “moderate Islam, which is based on justice and friendship.”

“Meanwhile, through such channels, we can also foil the plots of certain powers like the US and Israel, which seek dominance in the world,” he said.

Hispan TV was the third specialized channel launched by the IRIB after the Arabic language Al-Alam television network and the 24-hour English-language Press TV news channel.

Meanwhile, Mohammad Akhgari, the head of the IRIB’s World Service, also said, “As Hispan TV mainly targets societies in the US and Europe, it carries the message of the Islamic culture and Islamic Revolution.”

“In view of the recent letter by Leader of the Islamic Revolution [Ayatollah Seyyed Ali Khamenei] to the American and European youth, Hispan TV served as one of those reliable and genuine media outlets which can introduce Islam in the best way,” Akhgari added.

The Iranian international channels are alternative media outlets, which have played a key role in shedding light on the international developments from a different perspective.