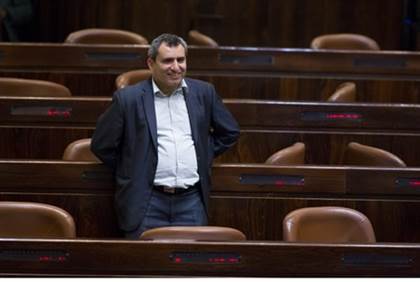 MK Elkin: Congress, not Obama, is the key to Iran issues

Prime Minister Netanyahu is going to the US to discuss the Iran nuclear threat, and Congress is the right place for that.

It doesn’t matter that US President Barack Obama has refused to meet with Prime Minister Binyamin Netanyahu in March, since the Israeli leader is going to Washington to speak to Congress and meet with members of AIPAC, said Likud MK Ze’ev Elkin.

Netanyahu is going for a very specific purpose – to discuss the Iran nuclear threat and to urge American leaders to do everything possible to stop Iran before it passes the “red line.”

And the place to do that, said Elkin, is in Congress.

Speaking to the Yisrael Hayom newspaper, Elkin said that “Congress isthe ultimate venue for a discussion on Iran. The West is set to sign a very bad agreement with Iran which will allow Tehran to basically continue its nuclear program unimpeded, and the Americans are becoming swayed to do this as well. Congress is the final arbiter of any deal the US would sign, so it is the Prime Minister’s responsibility to use whatever influence he has to prevent this.”

The White House originally gave an icy response to news that Netanyahu was invited to address Congress, saying it was a departure from diplomatic protocol.

On Wednesday, President Obama told CNN he would not meet with Israeli Prime Minister Binyamin Netanyahu in March because his trip to Washington comes too close to Israel’s upcoming elections.

“I’m declining to meet with him simply because our general policy is, we don’t meet with any world leader two weeks before their election,” Obama told Fareed Zakaria in an interview which will air Sunday and of which excerpts were released Wednesday. “I think that’s inappropriate, and that’s true with some of our closest allies,” he added.