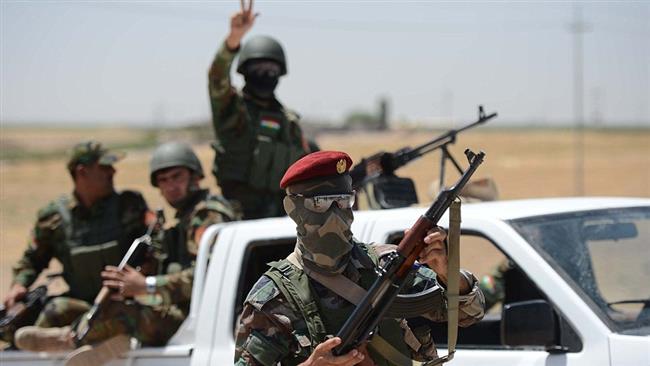 Units of Kurdish Peshmerga forces have managed to repel an attack by members of the ISIL Takfiri militant group on a northwestern Iraqi city as they continue to gain more ground against the terrorists.

On Wednesday, ISIL militants attempted to storm Tal Afar, located 420 kilometers (260 miles) northwest of the capital, Baghdad, but were driven back by Kurdish fighters.

Kurdish officials said the US-led military coalition also joined the battle against the terrorists, inflicting a high toll on them. Several vehicles belonging to ISIL militants were destroyed during the airstrikes.

On January 24, Iraqi Kurdish fighters killed at least 28 ISIL militants during battles in the north of Iraq’s militant-held city of Mosul, located some 400 kilometers (248 miles) north of Baghdad.

Peshmerga fighters have recently reclaimed around 500 square kilometers of territory after launching a ground operation northwest of Mosul. The new gain cut ISIL’s main supply line from the city to the west.

ISIL started its campaign of terror in Iraq in early June 2014. The heavily-armed militants took control of Mosul before sweeping through parts of the country’s Sunni Arab heartland.

Iraqi soldiers, police units, Kurdish forces, Shia volunteers and Sunni tribesmen have recently succeeded in driving the ISIL out of some areas in Iraq.

January 29, 2015
Netanyahu can’t afford a war with Hezbollah
ISIL Pakistani operative admits to getting funding through US