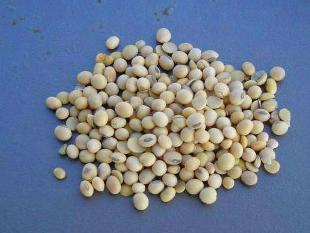 Lower Indian sales could underpin Chicago soymeal futures , which fell almost 17 percent in 2014, while weak export demand could drag on domestic soybean prices. The oilseed is crushed to produce soyoil and the animal feed.

Davish Jain, chairman of the Soybean Processors Association of India, also expects shipments to drop to around 800,000, from 2.8 million tonnes a year ago, due to higher prices.

Even after a 25 percent drop in Indian soybean futures since sowing began in June, soymeal from the country, according to Jain, costs 5-10 percent more than supplies from Argentina and Brazil.

As a result top buyers of Indian soymeal, such as Iran and Japan, are turning away.

Taking advantage of curbs on dollar trade with Tehran amid sanctions over its disputed nuclear programme, India had built a monopoly in soymeal trade with Iran and commanded higher prices.

India used to settle part of its oil debt in rupees that Iran then used to buy other goods from India.

But a deal between Iran and western powers in November 2013 that eased some of the trade sanctions broke India’s hold on soymeal sales to Iran.

“Now since sanctions have eased, Iran is not ready to pay a premium over global prices,” said Jain. “It has been buying soymeal from South American countries at lower prices.”

India exported 140,400 tonnes of soymeal to Iran over April to December last year, versus record shipments of 1.23 million tonnes in 2013/14.

Japan is buying soymeal from China and Brazil, an official at Japan Feed Trade Association said.

Palm oil imports by India rose 5 percent to 836,447 tonnes in December from a month ago.

“Soybean crushing is not picking up as farmers are postponing sales. Refiners have to import cheaper palm oil to meet the demand,” Mehta said. (Additional reporting by Yuka Obayashi in Tokyo; Editing by Krishna N. Das and Himani Sarkar)