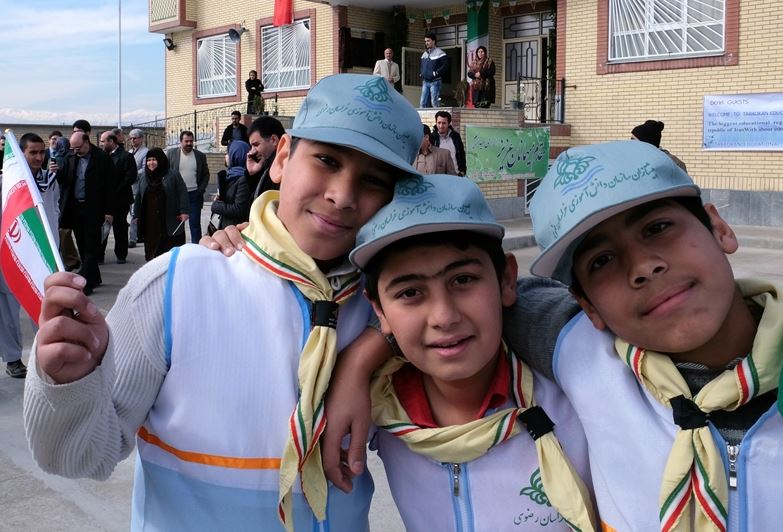 United Nations High Commissioner for Refugees (UNHCR)Representative and Deputy Representative along with the Deputy Director General of the Bureau for Aliens and Foreign Immigrants’ Affairs (BAFIA), Deputy Head of Mission for the Australian Embassy and Second Secretary from the Japanese Embassy inaugurated Molavi School located in Tabadkan area in Mashhad. The area hosts one of the highest concentrations of refugees of school age in the province (22,000 in Tabadkan out of 47,444 in Khorasan e Razavi province) and one third of all refugee students in Mashhad.

Molavi School is one of five schools that in 2014 UNHCR committed to construct as part of the support to the Government to benefit the refugee and host communities (the other four are in Kerman, Tehran, Pakdasht, and Qom). Through its tripartite agreement with Ministry of Education and BAFIA, UNHCR covered the construction costs of the school while all additional costs associated with allocation of the land, equipment, provision of certified teachers and other necessary human resources as well as the running and maintenance costs have been contributed by the Government of the Islamic Republic of Iran. Funding for the construction was provided by the People of Japan, the European Commission and Germany. Australia also provided support to establish a library within the school. The school has 12 classrooms divided between 4 floors and is equipped with a laboratory, prayer room, workshop, community hall, and library.

A number of parents of the refugee students participated in the inauguration ceremony. The refugees eagerly expressed their appreciation for the new school in their area and pride in the quality education available to their children. Construction began in May 2014 and the school opened on 29 September 2014. Molavi School currently has 500 students and was named after a famous 13th century Persian poet (also known as Rumi) who is a shared cultural figure among Afghans and Iranians. Enrolment is expected to reach 700 by the next school year and has already started bringing quality education into walking distance for many students.