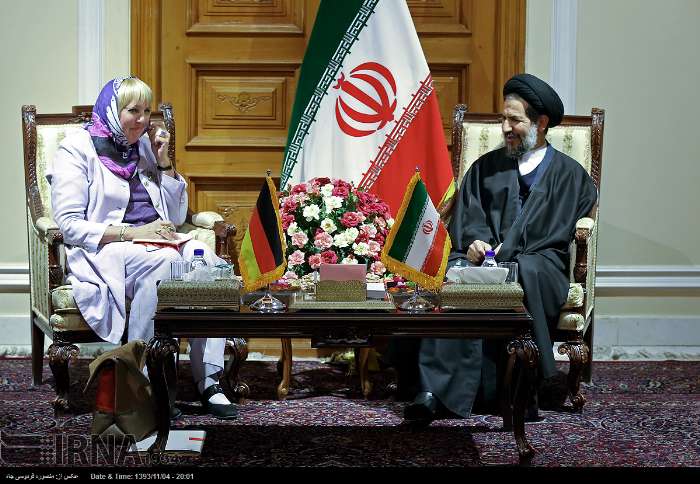 Tehran, Jan 25, IRNA – Vice-Speaker of Majlis Hojjatoleslam Mohammad Hassan Abutorabi-Fard said on Sunday that the campaign against the scourge of terrorism as a global problem requires a serious commitment and cooperation of all the countries.

Abutorabi-Fard made the remarks in a meeting with visiting Vice Speaker of the German parliament Claudia Roth.

He also warned against spread of terrorism and extremism in the world.

Describing the Iran-Germany relations as proper and deep-rooted, he underscored that the two countries enjoy vast potentials for expansion of political, economic and industrial ties.

Roth, for her part, referred to the current regional developments and spread of terrorist groups in Middle East, adding Iran plays a crucial role in establishing security and tranquility in the region.

The German official also expressed hope that the level of mutual cooperation could be enhanced in all arenas.