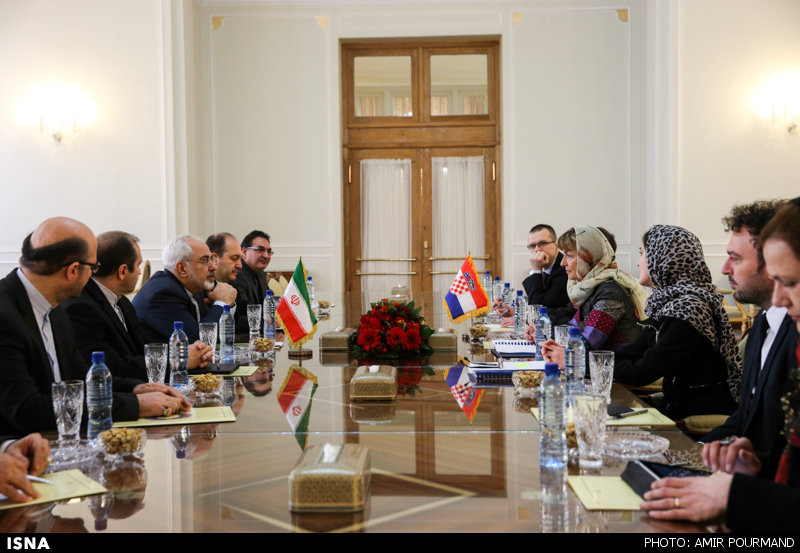 Speaking at a joint press conference with her Iranian counterpart in Tehran on Sunday, Croatian Foreign Minister Vesna Pusic said the world needs to make sure that Iran’s nuclear activities are for peaceful purposes alone.

Once the requirements considering Iran’s nuclear program are fulfilled and implemented, Tehran and world powers will need to gain a transparent understanding of a timetable for removal of the sanctions imposed on Iran, Pusic added.

She also noted that her meeting with Iran’s Foreign Minister Mohammad Javad Zarif included talks about bilateral ties, Iran’s relations with the EU and the nuclear talks between Tehran and the Group 5+1 (Russia, China, the US, Britain, France and Germany).

Iran and the six world powers are in talks to hammer out a final agreement to end more than a decade of impasse over Tehran’s nuclear energy program.

Zarif, for his part, hailed Tehran’s age-old ties with Zagreb, deploring a relative decline in relations in recent years in the wake of “cruel sanctions” the West has slapped on Iran.

The Iranian diplomat also cautioned against the menace of extremism, which he said threatens both the Middle East region and the European countries.

Zarif further warned that ignoring the Muslim sanctities could fan the flames of “hatred and violence”, and praised Croatia as a European state whose Muslim minority has good relations with other ethnicities.

With such peaceful coexistence among its people, Croatia can “play a major role in bringing the views closer in the region and the world,” he noted.

After Croatia declared independence in June 1991, Iran became the 7th country to recognize the newly independent Southeastern Europe nation. Since April 1992, the two countries have had diplomatic relations.