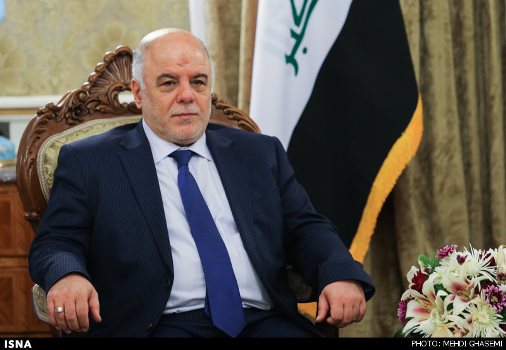 TEHRAN (ISNA)- Iraqi Prime Minister Haider al-Abadi reiterated that there is not even one Iranian soldier inside Iraqi soil.

“They (Iranians) have been very useful. They are now helping us. But, I have to stress that there is not even one Iranian soldier inside Iraq. No Iranian soldier is fighting in our soil. They were not in Iraq even before,” he said.

He also described Iran’s role in fighting ISIL in Iraq as ‘very positive’.

“Iranians helped us when ISIL sent its forces to Iraq. They helped both Baghdad and Kurdish forces. They acted swiftly in sending weapons,” said Iraqi prime minister.