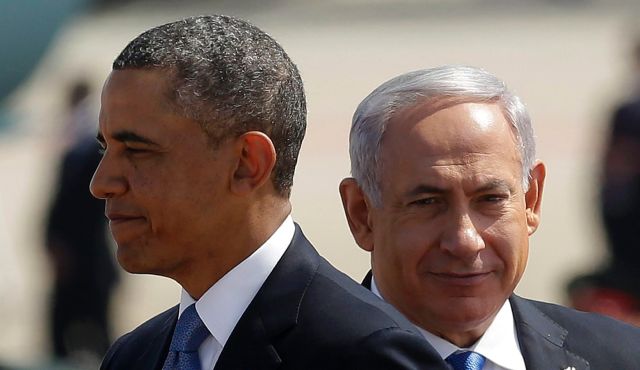 Already, the Barack Obama administration and some leading Republican senators are using the Israeli internal disagreement to undermine support for the bill, authored by Republican Mark Kirk and Democrat Robert Menendez, which would enact new sanctions if current negotiations falter.

Bob Corker, chairman of the Senate Foreign Relations Committee  — supported by Republican Senators Lindsay Graham and John McCain — is pushing for his own legislation on the Iran nuclear deal, which doesn’t contain sanctions but would require that the Senate vote on any pact that is agreed upon in Geneva. The White House is opposed to both the Kirk-Menendez bill and the Corker bill; it doesn’t want Congress to meddle at all in the delicate multilateral diplomacy with Iran.

Israeli intelligence officials have been briefing both Obama administration officials and visiting U.S. senators about their concerns on the Kirk-Menendez bill, which would increase sanctions on Iran only if the Iranian government can’t strike a deal with the so-called P5+1 countries by a June 30 deadline or fails to live up to its commitments. Meanwhile, the Israeli prime minister’s office has been supporting the Kirk-Menendez bill, as does the American Israel Public Affairs Committee, ahead of what will be a major foreign policy confrontation between the executive and legislative branches of the U.S. government in coming weeks.

Evidence of the Israeli rift surfaced Wednesday when Secretary of State John Kerry said that an unnamed Israeli intelligence official had said the new sanctions bill would be “like throwing a grenade into the process.” But an initial warning from Israeli Mossad leaders was also delivered last week in Israel to a Congressional delegation — including Corker, Graham, McCain and fellow Republican John Barrasso; Democratic Senators Joe Donnelly and Tim Kaine; and independent Angus King — according to lawmakers who were present and staff members who were briefed on the exchange. When Menendez (who was not on the trip) heard about the briefing, he quickly phoned Israeli Ambassador to the U.S. Ron Dermer to seek clarification.

In a Wednesday morning hearing on Iran at the Senate Foreign Relations Committee, Corker talked about the Israel visit and said that his bill (not the Kirk-Menendez bill) was acceptable to all the Israeli officials they spoke with. “Some of us were in Israel this weekend over this very same issue. We have heard no one, no one, say that if Congress were to weigh in on the final agreement it would in any way destabilize the negotiations,” Corker said.

Menendez is so livid at the administration, he decried its efforts to avert Congressional action on Iran at the hearing, telling Deputy Secretary of State Tony Blinken: “You know, I have to be honest with you, the more I hear from the administration in its quotes, the more it sounds like talking points that come straight out of Tehran.”

Tuesday night, Obama threatened to veto the Kirk-Menendez bill if it passes Congress. Wednesday morning, House Speaker John Boehner responded by announcing that Netanyahu has accepted his invitation to address a joint session of Congress on Feb. 11, just as Congress is likely to be embroiled in a legislative fight over both bills. Boehner told fellow Republicans that he was specifically inviting Netanyahu to address the threat posed by radical Islam and Iran. Netanyahu is expected to deliver full-throated support for sanctions. The administration is upset that Netanyahu accepted Boehner’s invitation without notifying them, the latest indication of the poor relationship between the Israeli government and the White House.

Two senior U.S. officials tell us that the Mossad has also shared its view with the administration that if legislation that imposed a trigger leading to future sanctions on Iran was signed into law, it would cause the talks to collapse.

The Israeli view shared with Corker and other senators also mirrors the assessment from the U.S. intelligence community. “We’ve had a standing assessment on this,” one senior administration official told us. “We haven’t run the new Kirk-Menendez bill through the process, but the point is that any bill that triggers sanctions would collapse the talks. That’s what the assessment is.” Another intelligence official said that the Israelis had come to the same conclusion.

This is not the first time Israel’s Mossad has been at odds with Netanyahu on Iran. In December 2010, former Mossad chief Meir Dagan told Israeli reporters that he had openly opposed an order from Netanyahu to prepare a military attack on Iran. At the time, Obama was also working to persuade the Israeli prime minister to hold off on attacking Iran.

Iranian diplomats have also routinely threatened to leave the talks if new sanctions were imposed. Javad Zarif, Iran’s foreign minister, at the end of December said new sanctions would “violate the spirit” of the negotiations that have been going on for more than a year now.

Despite the intelligence analyses, however, predicting Iranian behavior is no exact science. There is still much about Iran’s program that U.S. spies do not know. In November, former CIA director Michael Hayden told Congress that U.S. intelligence assessments do not have a “complete picture” of the extent of Iran’s nuclear program.

On Capitol Hill, the fight over how to proceed against the administration is far from over. The Senate Banking Committee was supposed to mark up the Kirk-Menendez bill on Thursday, but the session was delayed by one week. Some Senate staffers told us that Democrats asked for the delay because Menendez wants to get more Democrats to commit to his bill before he goes public.

A main pitch of the Kirk-Menendez bill is that is could garner bipartisan — even perhaps veto-proof — support in the face of Obama’s disapproval. So far, most Democrats have stayed on the sidelines, especially after Obama and Menendez got into a heated argumentover the bill at last week’s private Democratic retreat. Kirk and Menendez softened their proposal to make it more palatable to Democrats, by giving the president more flexibility than the previous version and providing the administration waivers after the fact.

Corker, Graham and McCain are trying to woo Democrats to their side by arguing that avoiding sanctions language altogether and simply mandating that the Senate get a vote is a more bipartisan approach. There are only a handful of Democrats that will support any Iran bill, so competition for these votes is heated.

At least one senior Democrat, Kaine, is leaning toward the Corker team and away from Kirk-Menendez.

“[Corker’s] bill basically just acknowledges the reality that Congress has to weigh in on this, so I think that’s preferable,” Kaine told us Tuesday. “I’ve always been concerned that anything with respect to new sanctions, even prospectively, would put the focus on the way we are negotiating, not on Iran’s behavior. And I think the focus should stay on Iran’s behavior.”

Kirk and Menendez do have one ace in the hole: Senate Majority Leader Mitch McConnell has promised his caucus members that the Kirk-Menendez bill will be brought to the Senate floor for a vote. Corker, whose bill has not been introduced yet, has received no such assurance.

There are a variety of ways the legislative fight could play out. Corker, who is also on the Banking Committee, could add his bill to Kirk-Menendez next week. Alternatively, he could run his bill through his own committee and then bring it to the floor alongside Kirk-Menendez. The jostling over jurisdiction and control has only begun.

And now the announcement of Netanyahu’s visit to Washington will only add fuel to the fire. And the fight could play out just as the March deadline for the administration to conclude a framework political agreement with Iranians approaches.

No one knows if the administration can get the Iranians to “yes,” but Congress isn’t going to stay silent. And whenever it finishes battling itself over what to do on Iran, it will then have to turn to the administration, which will be well prepared to go to war on whichever bill reaches the president’s desk.