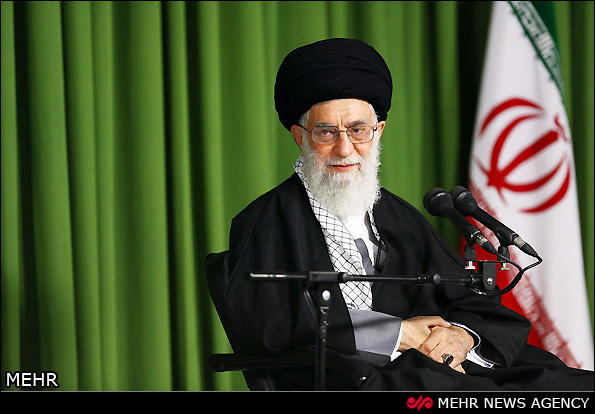 Book on Leader’s views printed in US

TEHRAN, Jan. 21 (MNA) – Iran’s Permanent Mission to the United Nations in New York has had the book printed in New York.

The ceremony was also attended by Professor Dr. Parviz Morewedge the editor of the book Ayatollah Ali Khamenei’s Vision of Islamic Philosophical Theology and Praxis of Global Peace (Global Scholarly Publications), during which the book was unveiled and signed by Dr. Morewedge, State University of New York at Old Westbury Professor and the author of many books on Islamic and western philosophy.

The book is comprehensive and the first of its kind in English on Leader’s views printed in the US. It is a compilation of Ayatollah Khamenei’s views expressed in different occasions, addresses, and articles during years of career. In two sections, the book’s first section depicts Leader’s views on oneness of God, humanity and ethics, the nature of the art, women, Iqbal Lahori, justice, and human rights. The second section takes more grandiose issues: to depict Ayatollah Khamenei’s global views and international issue of oneness of God, Islamic civilization, democracy and religion, Islam and Christianity, private property in Islam, and his addresses in meeting with university students and general youth.

The book is an attempt to present the intellectual system and views of the Leader of the Islamic Republic to general public and media and cultural activists in the US as well.

In a relevant story, Iran’s Permanent Mission to the United Nations had already published an article, in 2013, on Leader’s fatwa on the religious ban on WMD in the US, which was gone popular among the media literati.

The present book will be on market on February 2015 for the public.