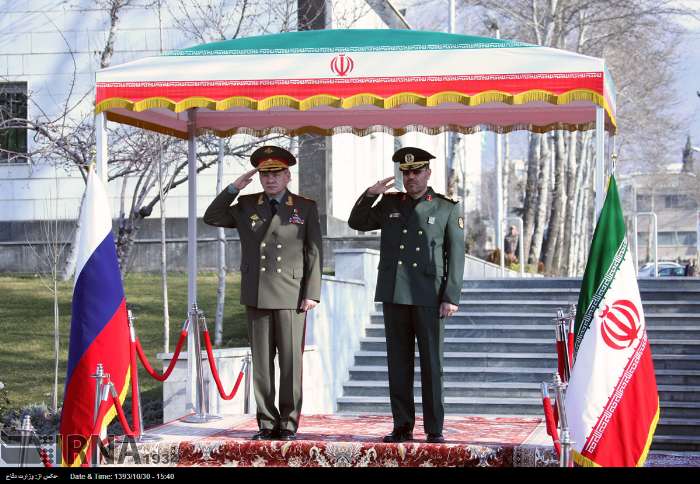 “Now Russia has a good chance to restore relations with Iran in all possible spheres, and first of all in the military sphere,” Strategy and Technology Analysis Center Director Ruslan Pukhov said.

Senior research assistant of the Russian Academy of Sciences’ Institute of Oriental Studies Vladimir Sazhin, an expert on Iran and its nuclear program, agreed with Pukhov. In his words, the agreement signed today is an advance maneuver for Russia.

The volume of military-technical cooperation, he said, could reach $10-12 billion after the lifting of sanctions.

“Iranians have more than once burned their fingers regarding military-technical cooperation, including with Russia,” Pukhov said. “So now in general, Tehran is staking on its own forces while being oriented to close cooperation with China.”

One of the stumbling blocks is Russia’s contract to supply S-300 antiaircraft missile systems to Iran signed in 2007. The United Nations Security Council resolution adopted in 2010 led to the rupture of the agreement. Russia returned the advance payment of $160 million but faced Iran’s lawsuit worth $4 billion, which is currently being considered in Geneva’s arbitration court.

“And the issue of lawsuit withdrawal remains open yet,” Sazhin said, adding that Iranians refuse to consider S-300 replacement.

After his stay in Tehran, Shoigu arrived in India on an official visit from the Iranian capital on Tuesday.