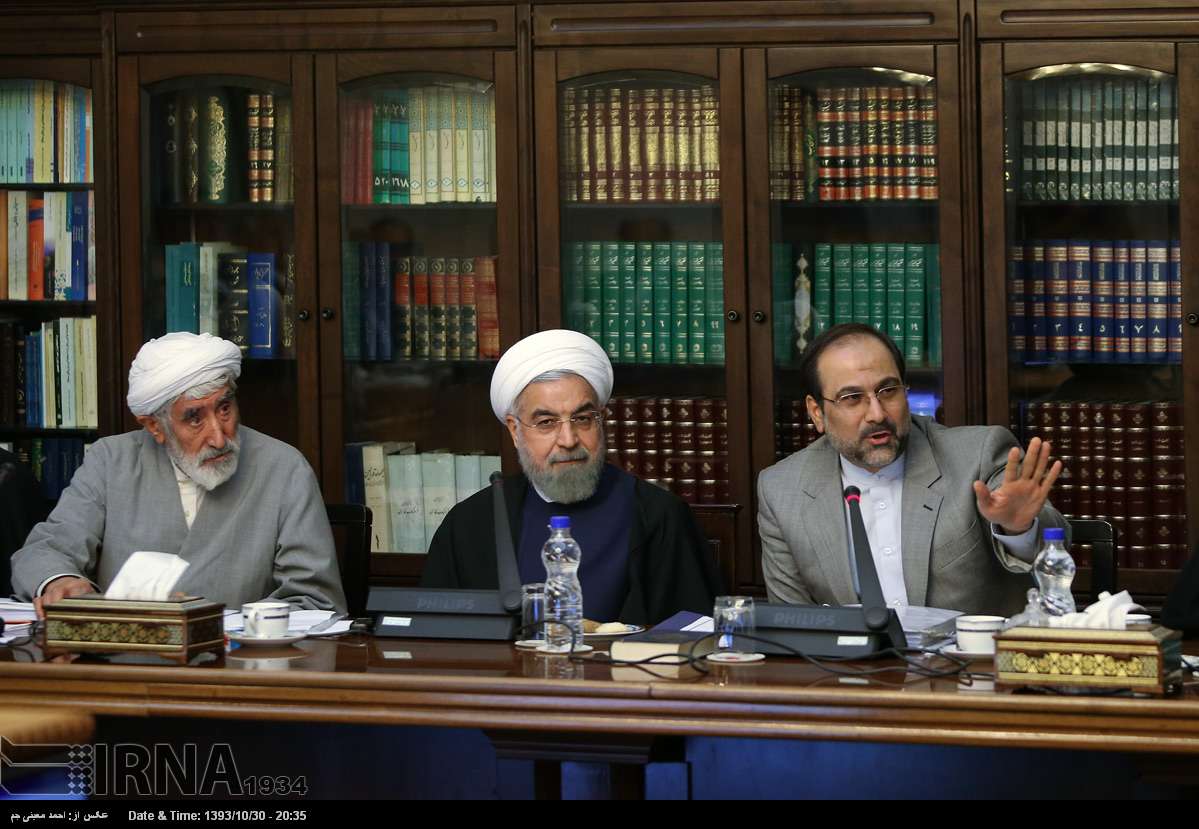 Commenting on the recent Paris incidents, he stressed that the Islamic Republic of Iran condemned both assassination, violence and extremism in the name of religion and also insults, sacrilege and provoking sentiments of followers of different religions in the name of defending freedom.

Talking in the meeting of the Supreme Council of Islamic Revolution here on Tuesday, he said it is not accepted that a group of people indulge in murder and terrorism in the name of religion.

He said such action is not becoming of either Muslim communities or the religion of Islam.

He said Iran categorically condemned behaviors like what happened in Paris and believed they had nothing to do with neither Islam nor Muslims.

President Rouhani asserted that those who take on terrorist and violent actions under the pretext of protecting Islam are traitors to the Holy Religion.

They are luckily condemned by all Muslim ulema and nations, he noted.

Saying that Iran condemns any kind of self-willed act of terrorism and violence, he said both in rhetoric and action, Tehran has been the forerunner of anti-terrorism and anti-violence actions and supported the countries which have fallen victims to it.

The Iranian President stressed that the dirty job done in name of freedom of expression was in fact a profanity to beliefs of a billion and a half Muslims worldwide which in essence aimed at provoking sentiments of Islamic countries.

He further regretted over occurring such incidents in a country which boasts of freedom and said it is a calamity for the present world for some to call insults, profanity and provoking actions as freedom.

In the today world where human community is enjoying scientific and technological progress it is a pity to still find people who can’t recognize insulting people is not right, let alone with insulting such a great character as the Islamic Prophet, he added.

He said insulting other people’s sentiments in the name of freedom just inflames extremism and indicates certain hands are working behind the curtain to stop any communication between Islam and the world.

President Rouhani also pointed out that Iran was among the first countries in the world to condemn both killing of people in Paris and also profanity to Islamic sanctities.

He further stressed the need for maintaining unity especially in the present juncture.