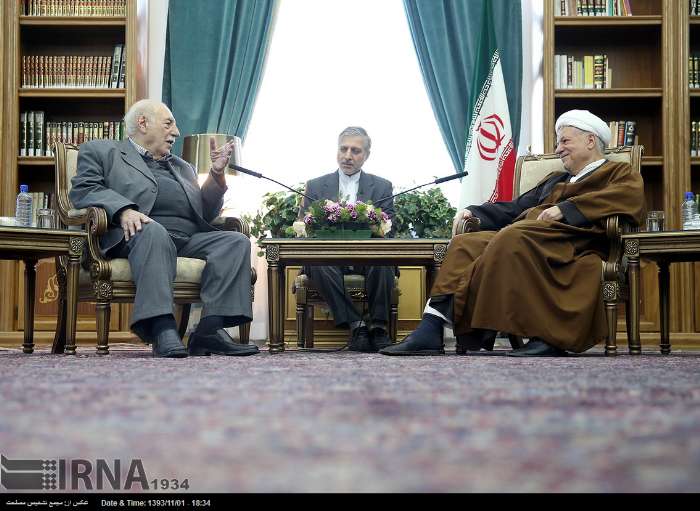 TEHRAN (FNA)- Chairman of Iran’s Expediency Council Akbar Hashemi Rafsanjani strongly condemned Israel’s recent attack on the Golan Heights that killed six Hezbollah members and an Iranian General, and said the Israelis should look for shelters to protect themselves from Hezbollah’s revenge.

“As the Lebanese Hezbollah secretary general has said the Zionists should go and prepare their shelters,” Rafsanjani said in a meeting with Secretary-General of the Popular Front for the Liberation of Palestine (PFLP) Ahmad Jibril in Tehran on Wednesday.

He reiterated that the historical defeat of Israel has just begun, and said, “The Zionist army has been defeated by Hezbollah once in Lebanon and by Palestinians twice in Gaza; the resistance of the Palestinian people and fear of the Israelis will speed up the defeat of the Zionists.”

Rafsanjani reiterated that nowhere in Israel is safe for the Zionists now.

On Monday, Hezbollah issued a statement confirming the strike, saying its forces had been martyred during an inspection mission in the Syrian town of Quneitra.

Hezbollah stressed that it would give a crushing and rigid response to the Israeli forces’ Sunday attack.

“The attack against six Hezbollah members will have a painful and unexpected response,” the Hezbollah sources said.

Analysts believe the new Israeli assault is yet another attempt by Tel Aviv to change the balance of war in favor of the Takfiri militants fighting against Syria.

The Tel Aviv regime has carried out several airstrikes in Syria since the start of the nearly four-year-old foreign-sponsored militancy there.

Damascus says Tel Aviv and its western allies are aiding the extremist terror groups operating inside Syria since March 2011.

The Syrian army has repeatedly seized huge quantities of Israeli-made weapons and advanced military equipment from the foreign-backed militants.