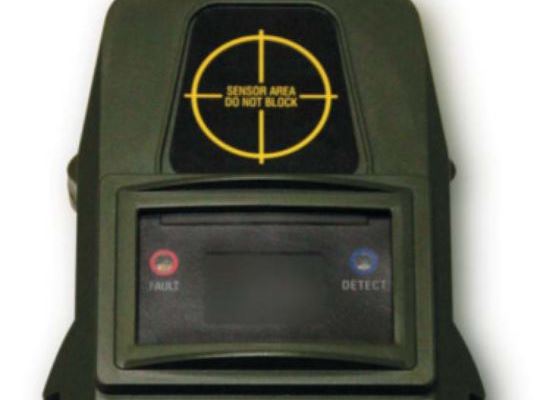 At least 50 U.S. law enforcement agencies quietly deployed radars that let them effectively see inside homes, with little notice to the courts or the public.

WASHINGTON — At least 50 U.S. law enforcement agencies have secretly equipped their officers with radar devices that allow them to effectively peer through the walls of houses to see whether anyone is inside, a practice raising new concerns about the extent of government surveillance.

Those agencies, including the FBI and the U.S. Marshals Service, began deploying the radar systems more than two years ago with little notice to the courts and no public disclosure of when or how they would be used. The technology raises legal and privacy issues because the U.S. Supreme Court has said officers generally cannot use high-tech sensors to tell them about the inside of a person’s house without first obtaining a search warrant.

The radars work like finely tuned motion detectors, using radio waves to zero in on movements as slight as human breathing from a distance of more than 50 feet. They can detect whether anyone is inside of a house, where they are and whether they are moving.

Current and former federal officials say the information is critical for keeping officers safe if they need to storm buildings or rescue hostages. But privacy advocates and judges have nonetheless expressed concern about the circumstances in which law enforcement agencies may be using the radars — and the fact that they have so far done so without public scrutiny.

“The idea that the government can send signals through the wall of your house to figure out what’s inside is problematic,” said Christopher Soghoian, the American Civil Liberties Union’s principal technologist. “Technologies that allow the police to look inside of a home are among the intrusive tools that police have.”

Agents’ use of the radars was largely unknown until December, when a federal appeals court in Denver said officers had used one before they entered a house to arrest a man wanted for violating his parole. The judges expressed alarm that agents had used the new technology without a search warrant, warning that “the government’s warrantless use of such a powerful tool to search inside homes poses grave Fourth Amendment questions.”

By then, however, the technology was hardly new. Federal contract records show the Marshals Service began buying the radars in 2012, and has so far spent at least $180,000 on them.

The device the Marshals Service and others are using, known as the Range-R, looks like a sophisticated stud-finder. Its display shows whether it has detected movement on the other side of a wall and, if so, how far away it is — but it does not show a picture of what’s happening inside. The Range-R’s maker, L-3 Communications, estimates it has sold about 200 devices to 50 law enforcement agencies at a cost of about $6,000 each. Other radar devices have far more advanced capabilities, including three-dimensional displays of where people are located inside a building, according to marketing materials from their manufacturers. One is capable of being mounted on a drone. And the Justice Department has funded research to develop systems that can map the interiors of buildings and locate the people within them.

The radars were first designed for use in Iraq and Afghanistan. They represent the latest example of battlefield technology finding its way home to civilian policing and bringing complex legal questions with it.

Those concerns are especially thorny when it comes to technology that lets the police determine what’s happening inside someone’s home. The Supreme Court ruled in 2001 that the Constitution generally bars police from scanning the outside of a house with a thermal camera unless they have a warrant, and specifically noted that the rule would apply to radar-based systems that were then being developed.

In 2013, the court limited police’s ability to have a drug dog sniff the outside of homes. The core of the Fourth Amendment, Justice Antonin Scalia wrote, is “the right of a man to retreat into his own home and there be free from unreasonable governmental intrusion.”

Still, the radars appear to have drawn little scrutiny from state or federal courts. The federal appeals court’s decision published last month was apparently the first by an appellate court to reference the technology or its implications.

That case began when a fugitive-hunting task force headed by the U.S. Marshals Service tracked a man named Steven Denson, wanted for violating his parole, to a house in Wichita. Before they forced the door open, Deputy U.S. Marshal Josh Mofftestified, he used a Range-R to detect that someone was inside.

Moff’s report made no mention of the radar; it said only that officers “developed reasonable suspicion that Denson was in the residence.”

Agents arrested Denson for the parole violation and charged him with illegally possessing two firearms they found inside. The agents had a warrant for Denson’s arrest but did not have a search warrant. Denson’s lawyer sought to have the guns charge thrown out, in part because the search began with the warrantless use of the radar device.

Three judges on the federal 10th Circuit Court of Appeals upheld the search, and Denson’s conviction, on other grounds. Still, the judges wrote, they had “little doubt that the radar device deployed here will soon generate many questions for this court.”

But privacy advocates said they see more immediate questions, including how judges could be surprised by technology that has been in agents’ hands for at least two years. “The problem isn’t that the police have this. The issue isn’t the technology; the issue is always about how you use it and what the safeguards are,” said Hanni Fakhoury, a lawyer for the Electronic Frontier Foundation.

The Marshals Service has faced criticism for concealing other surveillance tools. Last year, the ACLU obtained an e-mail from a Sarasota, Fla., police sergeant asking officers from another department not to reveal that they had received information from a cellphone-monitoring tool known as a stingray. “In the past, and at the request of the U.S. Marshals, the investigative means utilized to locate the suspect have not been revealed,” he wrote, suggesting that officers instead say they had received help from “a confidential source.”

William Sorukas, a former supervisor of the Marshals Service’s domestic investigations arm, said deputies are not instructed to conceal the agency’s high-tech tools, but they also know not to advertise them. “If you disclose a technology or a method or a source, you’re telling the bad guys along with everyone else,” he said.