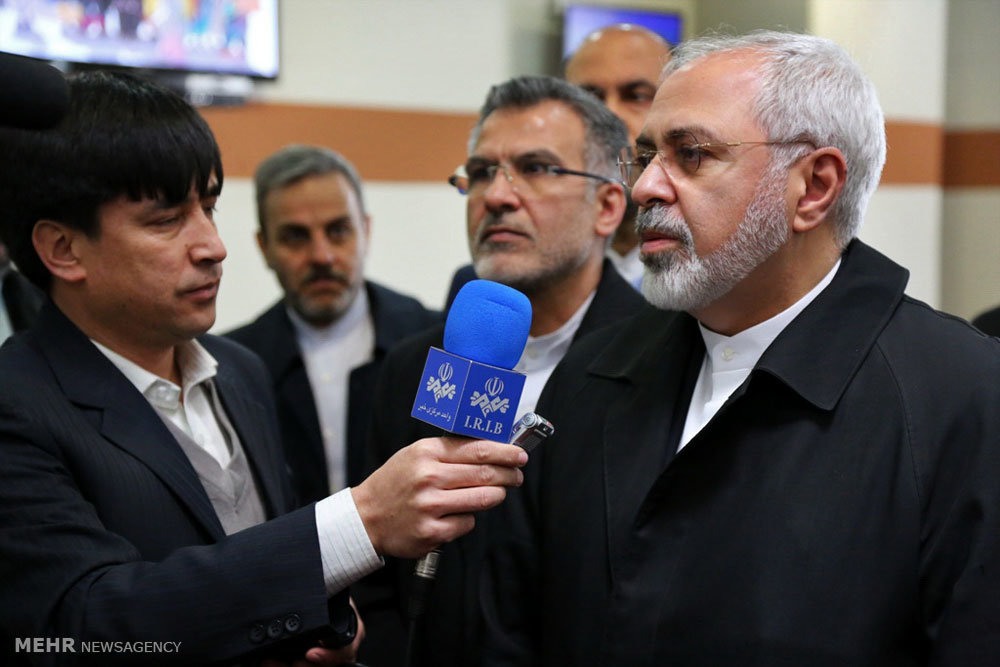 ‘Freedom of speech not freedom to insult’

TEHRAN, Jan. 21 (MNA) – In the wake of Charlie Hebdo’s desecration of Prophet Mohammad (PBUH), Iranian foreign minister reiterated that freedom of press does not mean the freedom to insult.

On the sidelines of his trip to Afghanistan, Iran’s FM Mohammad Javad Zarif told Mehr News that insult to the values is an obvious indication of extremism and any person who believes in freedom of thought and expression would not abuse those concepts for blasphemy.

He emphasized that such actions would lead to the hate and abhorrence among all communities.

Pointing to many young people in European countries who have joined ISIL and extremist movements in Iraq and Syria, Zarif stressed the need for their authorities to scrutinize the reasons behind the tendency formed among their citizens towards extremism.

“According to figures, 20 to 50 percent of fighters in Syria and Iraq are citizens of European countries,” Zarif said. “They should ask themselves what policies have caused these people who were trained in European countries, to affiliate with ISIL and other extremist movements?”

Stating that freedom of speech does not mean freedom of insult, Zarif acknowledged that “we clearly condemn any act of terrorism, so do our religious authorities in Friday Prayers, however, the result of such insults is what you witnessed in Paris.”