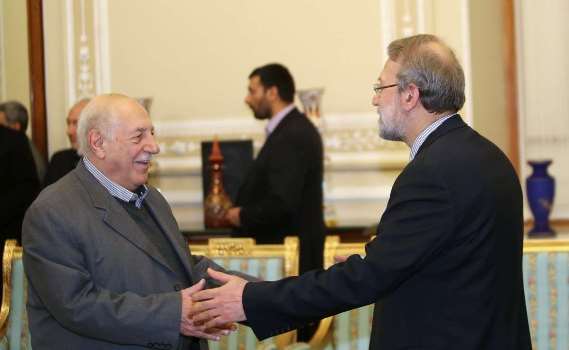 Larijani made the remarks in a meeting with the Secretary General of the People’s Front for the Liberation of Palestine Ahmad Jibril.

Lauding the brave resistance of Palestinian people against atrocities of the Zionists, he underlined to what extent the Muslim World attaches importance to liberation of occupied Palestine.

The Islamic Republic of Iran fully backs Palestinians and support them against any bullying powers underlined by the Supreme Leader of the Islamic revolution for many times, he said.

Condemning the war crimes perpetrated by the Tel Aviv regime assassinating several members of Lebanese Hezbollah, he said the dastardly move and criminal act indicated the deep cooperation between Takfirir terrorists and the Israeli authorities.

Solidarity and cooperation between Palestinians, Syrian and Lebanese people should be further bolstered, Larijani said.

Referring to the world oil prices, he said unfortunately, some countries in the region shared in the plot masterminded by global powers but the Iranian nation with reliance on God will forcefully overcome the difficulties.

Secretary General of the People’s Front for the Liberation of Palestine, for his part, thanked Iran for its supports to Palestinian people and liberation of holy Qods.

The oppressed Palestinian people never forgets the support and assistance made by Iran, he said.

The current developments in Syria and Iraq and the efforts made by global arrogance against Resistance movement should be thwarted, he said.

Syrian government fully backs Palestinian groups in their struggles with the Zionist regime, he said adding that if the pillar of Resistance in the region be weakened, there will be no sign of Palestine.