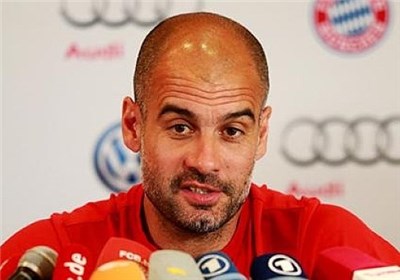 Bayern Munich is currently at a training camp in Doha, Qatar during German winter.

Guardiola attended the 2015 Handball World Championship opening match between Qatar and Brazil, where the host won the match at the Lusail Hall.

“It was a good opportunity for me to see another sport game. The opening match was very exciting and I could not leave the hall before the end of the match,” Guardiola told the Iranian reporters, who are in Doha to cover the world championships.

Asked if he follows the 2015 AFC Asian Cup in Australia, Guardiola told the Tasnim News Agency, “At the moment, I’m concentrating on my team. I know Iran participated in the World Cup and I wish it all the best.”

“Carlos Queiroz is a well-known coach in the world and can help the Iran football. I hope you win the Asian Cup with Queiroz.”