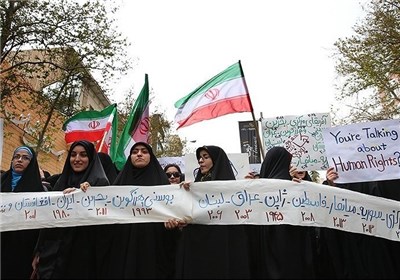 If all the licenses needed for the protest rally are obtained, it will be held on Monday in front of the embassy of France in Tehran.

Muslim communities all over the world have already staged rallies to protest the desecration of Prophet Muhammad (PBUH).

The French magazine’s latest cover shows Prophet Muhammed with a tear in his eye, under the headline “All is forgiven”. He holds a sign reading “Je Suis Charlie” (I Am Charlie), the slogan that has become a global rallying cry in solidarity with the victims of recent terror attack in France.

Millions of copies of the new edition of the satirical magazine were sold out this week in the wake of a January 7 attack on the office of the French Weekly in Paris, in which 12 people were killed.