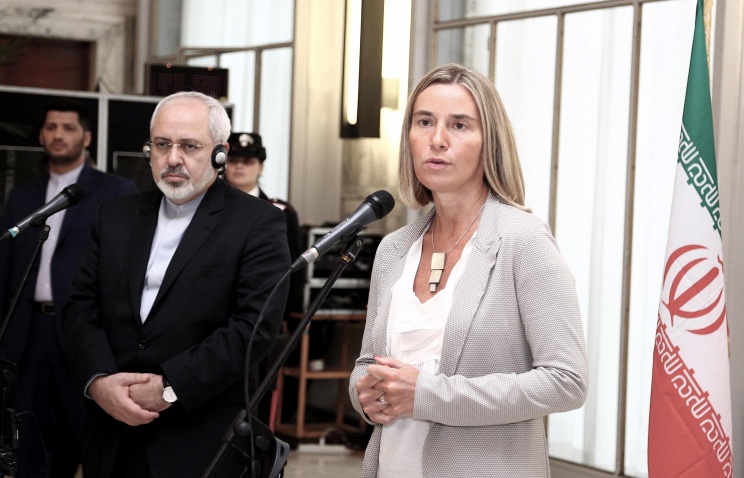 BRUSSELS, January 16. /TASS/. The talks of six world powers and Iran on Tehran’s nuclear program are to be completed in time, EU’s foreign policy chief Federica Mogherini has said in a statement after meeting with Iran’s Foreign Minister Mohammad Javad Zarif in Brussels.

“We affirmed our strong commitment to a diplomatic solution which would fully address international concerns about the exclusively peaceful nature of the Iranian nuclear issue. Negotiations have to be brought to a conclusion in line with the agreed time,” Mogherini said on Thursday.

During the meeting, the sides focused on “regional dynamics,” Mogherini said, emphasizing that “the relationship between Iran and other countries of the region is crucial for regional stability.”

She also urged Iran to use its “considerable influence” to help create a more stable Iraq, and also to contribute to a political solution to the Syrian crisis by supporting UN’s special envoy for the Syria crisis Staffan de Mistura.

The talks came ahead of the next round of negotiations of P5+1 group of international mediators (Russia, the United States, the United Kingdom, France, China and Germany) with Tehran in Geneva on January 18.

Russia will be represented by Deputy Foreign Minister Sergey Ryabkov. The talks will be chaired by EU special envoy Catherine Ashton. The US delegation will be led by acting Deputy Secretary of State Wendy Sherman.

The sides at the Iran nuclear talks failed to reach a final deal by November 24 as earlier planned and agreed to continue consultations within another seven months until late June.