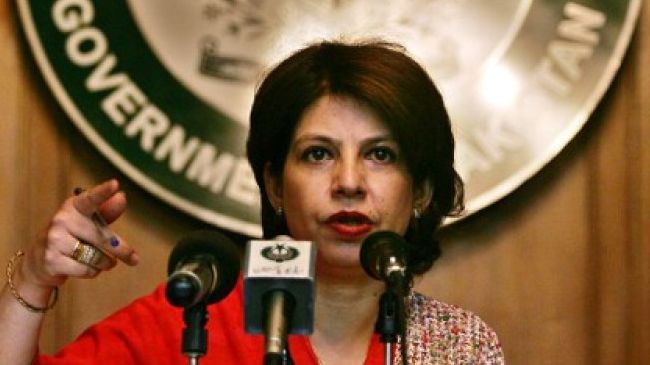 Pakistani Foreign Ministry spokesperson Tasnim Aslam stated that there will be no reconciliation talks involving Pakistan, Afghanistan and the Taliban movement unless initiated by Afghanistan.

“There won’t be any negotiations between Pakistan, Afghanistan and Taliban representatives. We have long held this position that Afghanistan reconciliation process has to be Afghan led and Afghan owned. It is for Afghanistan to decide with whom it wants to talk and when,” said the spokesperson, who is also Pakistan’s deputy foreign minister.

She added that Pakistan was ready to provide assistance to Afghanistan if the country requested it, but Afghan authorities would have to choose when and how to talk to the Taliban.

Aslam mentioned that Pakistan welcomed China’s offer to act as a mediator in any reconciliation talks.

“We welcomed China’s increased interest in stabilizing Afghanistan… China wants to play the positive and active role in Afghanistan which we welcome as a neighbor,” the spokesperson said.

The Taliban is a militant group founded in the 1990s that seeks to establish sharia law in Afghanistan and Pakistan. The group is known to have carried out multiple terror attacks against authorities and civilians in both countries.

Last week, the Taliban rejected an offer of cabinet positions in the newly formed Afghan government. The fundamentalist organization countered with demands for immunity from prosecution and changes to the country’s constitution before it would consider participating.

Also Tasnim Aslam stated that Pakistan is ready to become a member of the Shanghai Cooperation Organization (SCO) and play a constructive role in furthering the organization’s strategy.

“Pakistan is ready. We have been making a case for […] membership in the Shanghai Cooperation Organization,” Tasnim Aslam told Sputnik, adding that Islamabad is looking forward to “play a constructive role in furthering [the] organization’s objectives.”

Tasnim Aslam also praised Russia for helping Pakistan to join the Shanghai Organization. “China, of course, is being supportive too,” she added.

The SCO is a Eurasian political, economic and military alliance founded in 2001 currently consisting China, Kazakhstan, Kyrgyzstan, Russia, Tajikistan and Uzbekistan. India, Iran and Pakistan, as well as Mongolia and Afghanistan have observer country status, while Belarus, Turkey and Sri Lanka are dialogue partners.

During the SCO summit in Dushanbe, which took place in September last year, the leaders of the member nations finalized procedures for taking in new members, with India, Pakistan, and Iran first on the list.

Akhlaq, who had a dual citizenship, was executed in Pakistan on December 21, 2014, after being convicted of a 2003 assassination attempt on Pakistan’s former president Pervez Musharraf.

“Our relations are much larger; they are developing in a positive trajectory,” Tasnim Aslam who is also Pakistan’s deputy foreign minister said adding that “the matter is closed and behind us.”

Akhlaq was born in the Soviet Union to a Russian mother and a Pakistani father. In 2003, he was charged with plotting to assassinate Musharraf. Akhlaq was tried by a Pakistani military court and sentenced to death in 2005.

The execution did not take place until 2014 due to a 2008 death penalty moratorium. The moratorium was lifted on December 17, 2014, after a deadly Taliban gun massacre at a military school in the Pakistani city of Peshawar that killed more than 140 people, including 132 children.

The Russian Foreign Ministry issued an official statement noting that “it is regrettable that Pakistan has not responded to our numerous appeals to commute Akhlaq’s death sentence for humanitarian reasons.” The statement added that Pakistani authorities did not officially notify the Russian Embassy in Islamabad about the decision to carry out the execution.

Talks are underway between Moscow and Islamabad regarding a possible expansion of Russian military exports to Pakistan, the spokesperson for the Pakistani Foreign Ministry Tasnim Aslam told Sputnik.

“The discussions are going on and normally [are] announced when the deal are finalized. At this stage I won’t get into the specifics,” said the spokesperson, who is also Pakistan’s deputy foreign minister.

As of today, the primary Russian military exports to Pakistan are limited to helicopters and aircraft engines.

Aslam added that Russian-Pakistani defense relations are taking place “in the context of a growing cooperation and growing economic relations” and that Islamabad is looking forward to increasing Russia’s participation in the Pakistani energy sector. “We are very interested in Russia investing in Pakistan energy sector where Russia has great experience. It is time for big steps. [A] Pakistan steel mill was built by Russia. These are big items. Similar cooperation in other areas is possible,” the spokesperson said.

According to Aslam, the January 14 Moscow strategic talks between Russia and Pakistan were mainly concerned with reviewing “the global situation regarding the nuclear disarmament and nonproliferation and strategic stability matters.” The sides also discussed cooperation within multilateral UN forums. “We had agreed on multiplayer issues: human rights, development issues, specific countries’ situation,” Aslam said, noting that the talks were held in a “very cordial atmosphere.”

According to Aslam, anti-drug cooperation remains one of the strongest spheres in Russian-Pakistani relations. “We are neighbors of Afghanistan where almost 95 percent of the world’s poppy is cultivated and the drugs are being produced… Pakistan and Russia are both transit countries and we have serious concerns that we share; our cooperation is very strong. The working group on counter-drugs meets regularly. It participates in various programs together,” the spokesperson said.

The diplomat noted that the next Russia-Pakistani talks will be held in Pakistan in October, 2015.