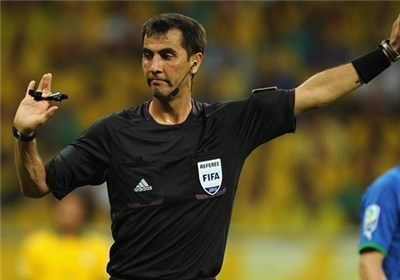 TEHRAN (Tasnim) – Reigning AFC Referee of the Year Ravshan Irmatov from Uzbekistan has been chosen to officiate Iran’s football match against Qatar in the 2015 AFC Asian Cup.

The match will be held in Group C at the Australia Stadium on Thursday.

Iran has won its first match against Bahrain, while Qatar lost to the UAE 4-1.

The 2015 AFC Asian Cup is underway in Australia. Asia’s top 16 teams are competing in the region’s largest football tournament for a chance to be crowned Asia’s champions.