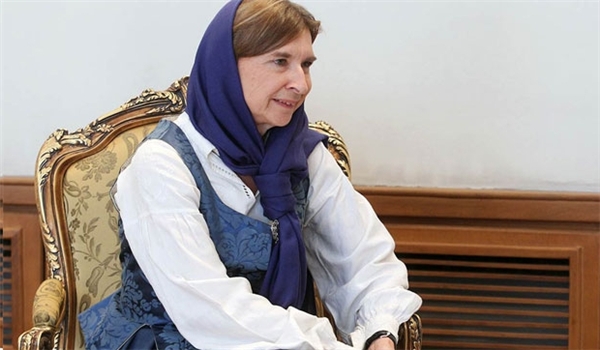 Envoy asks for development of cooperation with Iran in petrochemical industry

TEHRAN (FNA)- Norwegian Ambassador to Tehran Odyssey Norheim underlined that her country is eager to launch cooperation with Iran in the petrochemical industry.

“Given the fact that Iran and Norway are both crude producers, petrochemicals can be a good area for economic cooperation between the two countries and we can exchange our views and experiences in this field,” Norheim told FNA on Wednesday.

Stressing that different fields exist for joint ventures and cooperation between the two countries, she said fishery is another area both sides can invest in.

Elsewhere, Norheim referred to the nuclear talks between Tehran and the world powers, and said many Norwegian companies are waiting for the result of these negotiations and the removal of the sanctions against Iran to increase their cooperation and economic investments in the country.

Following the implementation of Geneva nuclear accord struck by Iran and the Group 5+1 (the five permanent UN Security Council members plus Germany) in November 2013, the ground has been paved for more participation of the European countries in the Iranian lucrative market. Several European states have so far sent their trade delegations to Iran to study chances for widening trade ties and exchanges with Tehran, while more EU member states are preparing to send similar delegations to the Islamic Republic.

Bonds and Liquidation Central Depositing Company announced in November that more than 70 foreigner parties have invested in Iran’s capital market in the first eight months of the current Iranian year.

“For the first time in the history of the Iranian capital market, a sum of 72 foreign investors have entered this market since March 21, 2014,” the company said.