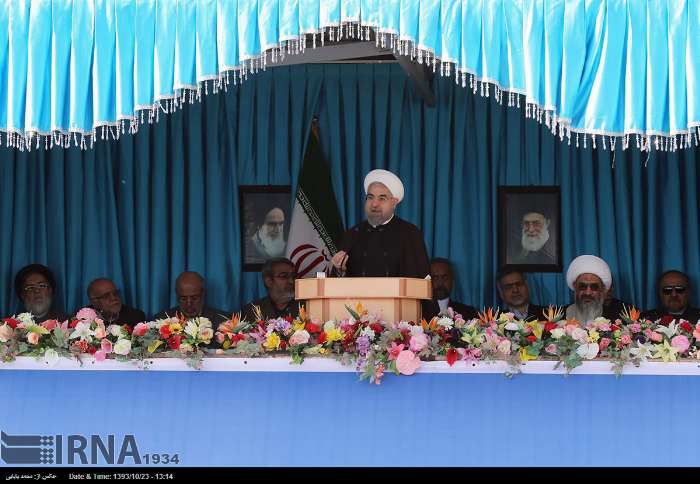 “Oil exports comprise only 60 percent of our exports. The remaining is non-oil exports and we plan to increase non-oil exports God willing,” he said on Tuesday as speaking to large crowds of people in Bushehr Province, southwestern Iran.

He further warned that those who were behind oil price fall plot would regret. “They are unable to continue the same path. If Iran loses by oil drop, other producers including Saudi Arabia and Kuwait will lose more.”

He also said that Saudi annual budget relies on oil sale by 80 percent, and oil exports include 90 percent of its exports.

He further noted that Kuwait’s budget depends on crude sale by 95 percent, and the country’s oil exports involve 95 percent of its total exports.