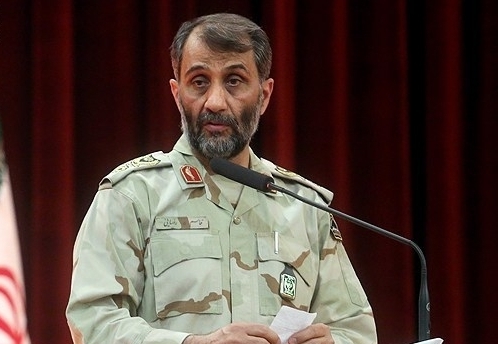 “The main objective of the meeting is to consolidate bilateral ties and discuss the border issues of the two countries,” Iranian Deputy Border Guards Commander for Border Agreements and International Affairs Colonel Hassan Momeni said on Tuesday.

In April, Iranian and Qatari security officials in a meeting in Doha discussed enhancement of security ties, specially implementation of bilateral agreements.

During the meeting in the Qatari capital, Iranian Deputy Interior Minister for Security Affairs Ali Abdollahi and Qatari Police Chief Major General Sa’ad bin Jassem Al-Khalifi underlined the need for the implementation of a security agreement that has recently been signed between the two countries.

The two sides discussed reinvigoration of border and marine ties as well as joint campaign against terrorism and organized crime, money laundering, fighting drug trafficking and expansion of cooperation between coast guards of Iran and Qatar.

A team of high-ranking security officials left Tehran for Doha on Monday to hold talks with their Qatari counterparts.

“We will pay a visit to Qatar tomorrow as a follow-up to the establishment of a joint security workgroup by Iran and Qatar,” Abdollahi told reporters.

He reminded that Iran and Qatar signed a security pact in 2010, and said the two states are resolved to implement the agreement.