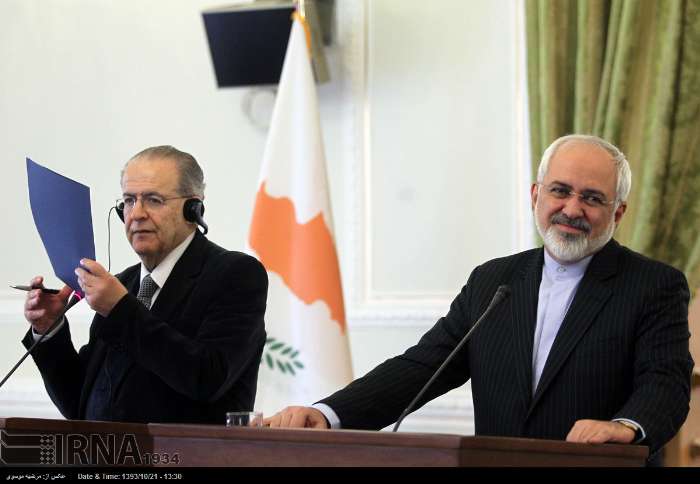 “Although Cyprus is a tiny country, the issue of Syria is of importance to it from various aspects, and we are willing to see the problem in Syria be resolved immediately,” Kasoulides said in a meeting with Iranian Foreign Minister Mohammad Javad Zarif in Tehran on Sunday.

He emphasized the Islamic State in Iraq and the Levant (ISIL) terrorist group operating in Syria and Iraq is the main concern of the regional countries, adding that the Syrian issue must be resolved through collaboration of various countries in a bid to effectively fight against the ISIL.

Zarif, for his part, pointed the latest developments in the region, and said, “We should focus on the fight against terrorism and the ISIL as our main objective in the region.”

He went on to say that the Islamic Republic of Iran has always sought to settle the Syrian crisis through political means and to that end, Tehran has put forward a four-article peace plan.

Syria has been gripped by civil war since March 2011 with ISIL terrorists currently controlling parts of it, mostly in the east.

The ISIL, as a Takfiri group in Iraq and Syria, is believed to be supported by the West and some regional Arab countries.