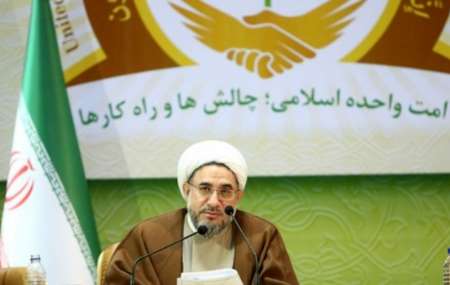 Tehran, Jan 9, IRNA – Secretary General of the World Forum for

of Thought said confrontation with radicalism and Takfiri groups needs taking decisive stances by all Muslims.

Ayatollah Mohsen Araki told IRNA on Friday that all Muslims should form a united Umma to confront radical and Takfiri groups to uproot them.

He added one of the main obstacles in the way of unity is reliance on aliens and foreign elements.

Referring to insult of certain satellite networks to Sunni and Shia Muslims, the ayatollah said that such behaviors are the enemies’ plots and Muslims should be aware on the issue.

He added enemies of Islam are trying to sow discord among Muslims, so awareness among Muslims is a necessity.

The 28th International Conference on Islamic Unity kicked off its work on January 7 with the participation of scholars from 69 countries and ended on Friday January 9, 2015 by issuing a statement.