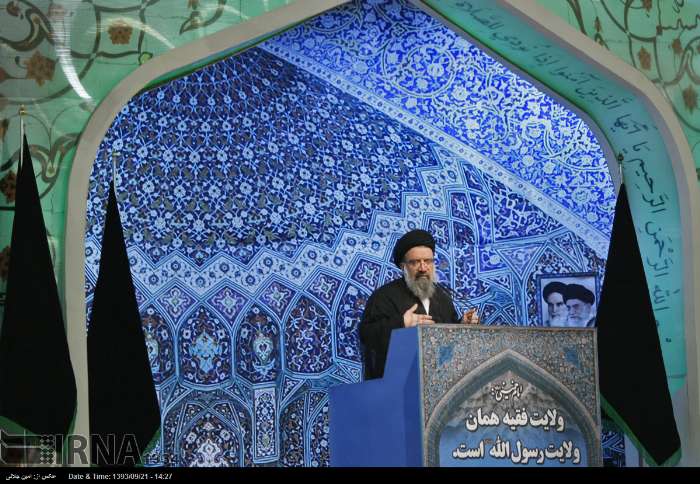 A top Iranian cleric has decried a recent deadly gun attack on the office of a satirical French weekly in Paris.

“We strongly condemn the terrorist attack in France and believe that Islam does not allow the killing of innocent people, be it in Paris, Syria, Iraq, Yemen, Paksitan or Afghnaitan,” Ayatollah Seyyed Ahmad Khatami said in a sermon to worshippers during weekly Friday Prayers in Tehran.

The senior cleric then took a swipe at the West for sponsoring and arming terrorists.

“US dollars, UK pounds and the European Union (EU)’s euros are to blame for these killings,” Ayatollah Khatami said, adding ”these terrorists are your creation and have been nurtured by political support from you and your allies.”

Now that the West has suffered from terrorism itself, said the cleric, it needs to abandon its decade-long support for terrorists if it claims to be advocating human rights.

Meanwhile, a policewoman on Thursday succumbed to injuries she sustained in a separate shooting in southern Paris, just a day after the deadly assault on the Paris office of Charlie Hebdo.

A massive police operation is underway to hunt down the two culprits of the terror attack.